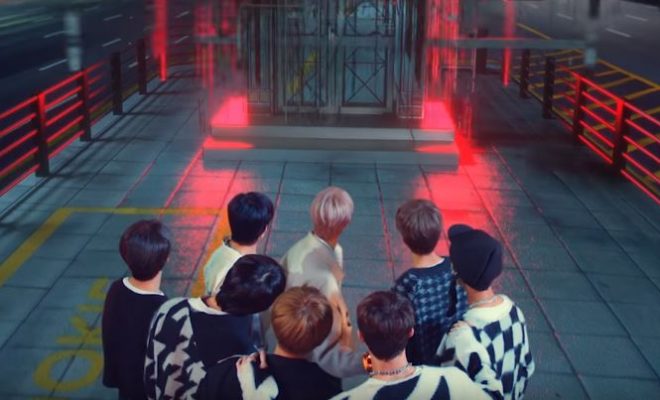 Stray Kids brings you on a journey in new ‘Clé: Levanter’ teasers

It looks like Stray Kids is preparing for the next part of their ‘Clé‘ series. The next part is called ‘Clé: Levanter‘. They have released a few teasers. So, check it out below!

In the first trailer, we see the members gathered at the traffic lights before transitioning to Seungmin and Han. We see Seungmin in the elevator and is reaching towards Han who is stuck in the pink field we saw in their ‘Helevator‘ MV. Within this trailer, we see traces of their previous MV sets but it is all distorted. It is interesting to see where all this will lead to.

In their first film teaser, we see Felix, Han, Seungmin and Chan in a field of wheat. The music is calm before the beats enter and you can’t help but feel its intensity. It definitely has fans anticipating for their upcoming return.

The second film teaser features Hyunjin, I.N, Changbin and Lee Know standing on the same wheat field. The same soundtrack is heard and one can’t help but imagine how each member’s voice on this kind of sick beat!

Meanwhile, they will make their hot return on December 9th. Are you ready? Let us know in the comments below!