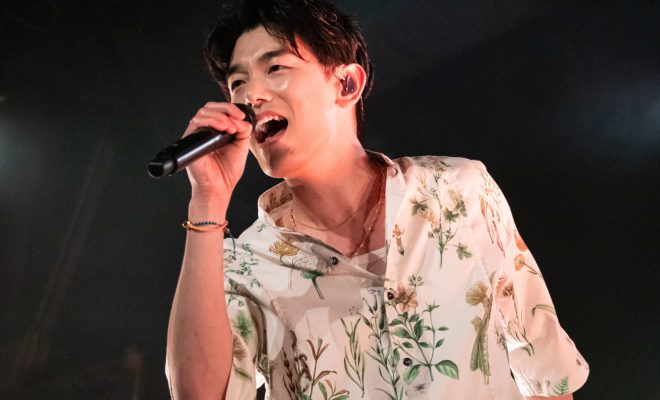 Eric Nam‘s trailblazing world tour ‘There and Back Again‘ recently finished the European leg of the tour and next up is Hawaii, Australia and New Zealand. There are limited tickets left for all dates in September – and we can’t wait for him to arrive.

The There And Back Again World Tour, is in support of Eric’s all-English sophomore album ‘There And Back Again’ which was released in January 2022. The Australian and New Zealand leg of the World Tour will kick off at The Tivoli, Brisbane, before heading to Melbourne’s Forum and Sydney’s Enmore Theatre and finishing off in New Zealand at Auckland’s Powerstation.

Whilst we’re fans of all the songs in his back catalogue, but there are some that we’d absolutely love to hear live during this leg of the tour!

‘I Don’t Know You Anymore‘ was a song gifted to NamNation by Eric. It’s song that comes with Eric’s usual melodic and soothing vocals, but there’s something fresh and vibrant that makes this song one of our favourite ever releases.

The song’s lyrics have a message to anyone who is coming out the other side of an unhappy relationship. ‘I Don’t Know You Anymore’ is more about healing than vengeance, even with the knowledge of the negative feelings that existed. The R&B based track has Eric performing to the beats of a synth-percussion ensemble. It’s a refreshing sound that complements his breathy vocals, living up to the his promise of delivering a ‘new sound.’

Eric Nam ‘Lost On Me’

‘Lost On Me’ sees Eric adopt a sophisticated and mature sound which features dreamy synth sounds and a breathy vocal performance. Fusing deep-synth and mellow guitar sounds, ‘Lost On Me’ opens with a soothing and calming presence.

There’s something very human about Nam’s song writing that resonates with everyone. It could have been written about your own story and is so relatable. ‘Lost On Me‘ is honest, raw and full of emotion, it reminds us of the pure artistry that Eric Nam produces.

‘Potion’ was a pre-release track from Eric Nam‘s album ‘Honestly‘. The song featured rapper Woodie Gochild and was co-written by Epik High‘s Tablo.

This track is best described as an upbeat techno-pop track that has a distinctive Spanish flair. The melody is addictive and is based on an acoustic backing track that is defined by the electronic lifts that drop straight into the chorus.

‘Potion‘ is definitely a party song  that features lyrics that tell everyone to ‘be young and wild’ and ‘pour up the potion’.

‘Honestly‘ puts Eric‘s vocals over the top of an acoustic guitar and synth backing, it gives the track a western pop feel while bringing in the much-favoured tropical house feel.  The track opens with a subdued version of the chorus before building into a slow-burn verse that features a repeated guitar riff that brings life and movement to the song before incorporating percussion to the mix.

Eric‘s vocal is retrained and emotional which only serves to highlight the heartfelt feelings of the song.  It’s a true showcase of his ability to adapt his vocal style to a range of styles and genres.

You can also head directly to ericnam.com for the latest information.

Narelle
← Previous Story Epik High are the Kings of collaboration and we can’t wait to hear these songs live!