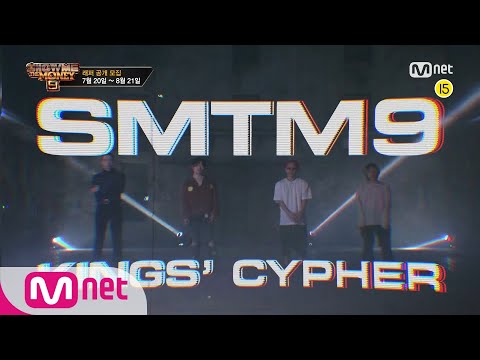 Show Me The Money 9 gets you excited with their Kings’ cypher. So, check it out below!

They have gotten the winners of Show Me The Money featured in this cypher including BewhY, Hangzoo, Nafla and Punchnello. BewhY starts it off with his signature sound, riding the beat so effortlessly. He surely pulls you in immediately, giving us a flow to enjoy. The beat then changes up to a more dirty yet hard-hitting beat. Hangzoo gives us a taste of his fast rap as he flows well along with the beat. He definitely made it look so much fun as he lets his lyrics control the way the track flows.

Nafla is up next with his verse. He, too, gives us a clean flow with such a beautiful beat. He has such a unique voice that anyone can recognise. The way he moves to the video showcases just how at ease he is at rapping to this beat. Finally, Punchnello gives us a sleek and clean-cut rap as he spits fire. He definitely is able to fit into any genre given to him. He ends it with his strong voice as he moves to the beat and has us shouting along with him.

With that, it ends with revealing that they are now accepting applications from July 20th and August 21st. The show itself will be aired in the second half of the year. Will you be tuning in? Let us know in the comments below!