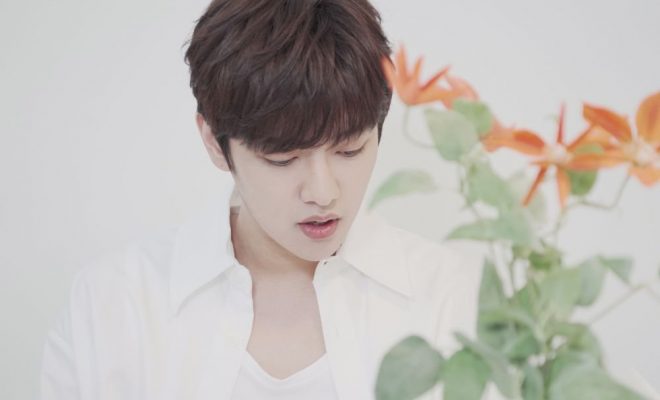 For the third release in Cross Gene’s 2019 Single Relay Project, it was Shin Wonho‘s turn.

Shin released the song ‘Time‘. He produced the song himself and it is actually a remastered version of the same track that was included on his solo album ‘W’ which was released in 2018.

The song tells the story of a man who is remembering his lost love and hoping that they can each remember the other as time goes by.

It’s a sweet and gentle song which seems to fit with Shin‘s style. The accompanying clip matches with the concept of the song perfectly. It is thoughtful and full of memories of the relationship.

Are you enjoying Cross Gene‘s Relay Project? Who do you think will be next up? Let us know your thoughts in the comments below.