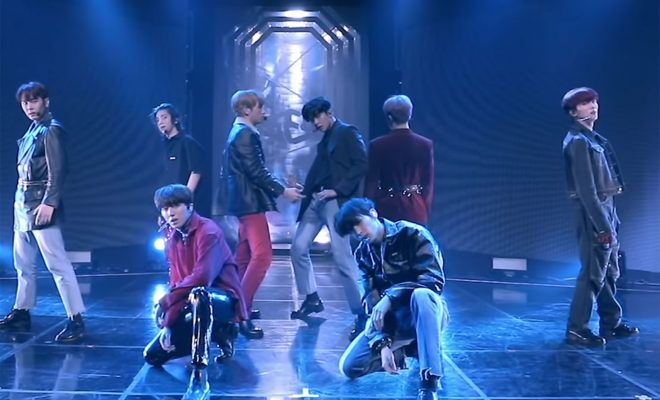 SF9 released their sixth mini-album ‘Narcissus‘ and the title track ‘Enough‘ about a month ago, and the momentum is still going strong. That has been helped along by the release of an English version of ‘Enough‘.

For those of us who have English as a first language, this release is both very welcome and significant. The group view it as gift to their global fanbase. It is the first time that SF9 have released one of their tracks in English.

Member Inseong said of the English version; “Overall, we think it was a positive experience. My part was actually so fast, it was so hard to put all the lyrics in that rhythm. For me, recording the English version was tougher than the Korean version. But what you may not know is that the original “Enough” demo was written in English so when we put our own English lyrics back into the song, I think it really sounded like a pop song. A really natural fit.”

The version was released with a live performance video of the song. It has been revealed that it was filmed just prior to their showcase performance for ‘Narcissus’.

What do you think of the English version of ‘Enough’ from SF9? Do you prefer this version or the original Korean? Let us know your thoughts in the comments below.