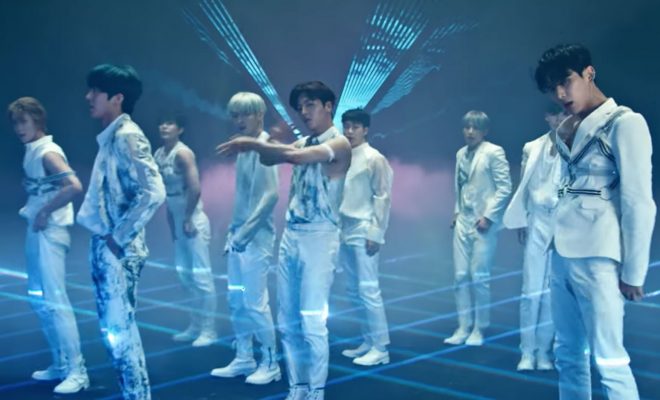 SF9 deliver a powerful and dynamic performance with ‘RPM’

Just a few short days ago, SF9 once again rocked our world with the release of ‘RPM‘, their seventh mini-album and the title track of the same name.

SF9 have released an eclectic and diverse discography to date, successfully experimenting with a range of genres and styles. Although this album sees them continue to experiment the common thread that binds their releases together is their sublime vocal ability and masterful rapping.

As a title track ‘RPM‘ stands on its own with its strong, rough edges pounding out through the rap line and the beautiful vocal moments combining perfectly.

‘RPM‘ starts off with grumbling raps and then quickly dives head first into a slinking electro-pop song which is built upon echoing base and layered synths. It is a blend of industrial EDM and pop-rock instrumental elements which drive the song.

The song was written by Youngbin, Zuho, Taeyang, and Hwiyoung and produced by world renowned producers The Aristocrats and ICONICSOUNDS.

The music video has a definite sci-fi and futuristic feel to it. The members appear to be on opposite sides of the law as they attempt to steal (or recover) pink crystals. Remember the movie Tron, that’s what the clip feels like. It’s powerful and dynamic choreography matches the song in every way possible. It will definitely leave you wanting more!

As has become their practice, SF9 have released a couple of versions of ‘RPM’ to view since the release of the full MV. The latest to be released is the Suit Dance. In this version, all of the members are looking suave in suits and ties as they take on the powerful choreography for ‘RPM‘. It gives the track an entirely different vibe.

We were lucky enough to also have the dance practice video for ‘RPM‘ released a few days ago. It just goes to prove how hard the group work on making their choreography look easy.

The group also dropped the ‘RPM‘ Intro Performance clip. The choreography is powerful and dynamic, which is exactly what we would expect from a piece that was choreographed by Taeyang, Chani and Youngbin.

What did you think of SF9‘s ‘RPM‘? Did you like the song and the MV? Let us know your thoughts in the comments below.

This has nothing to do with my review of ‘RPM‘ however, it’s something I feel strongly about. I read another review somewhere this week that said that SF9 have gained popularity and attention due to Rowoon‘s personality and looks. I have to say that I completely disagree. Yes, we all know that Rowoon appears to be very sweet and genuine and, yes he is completely gorgeous, but to say that he is the only reason the group has become popular is to ignore the immense talent of the other members. All of the members are extremely talented and they come together to form one cohesive unit. They all have their own projects and activities and we support those, but those projects serve to enhance the popularity of SF9 as a group, not the other way around. That’s my opinion anyway!