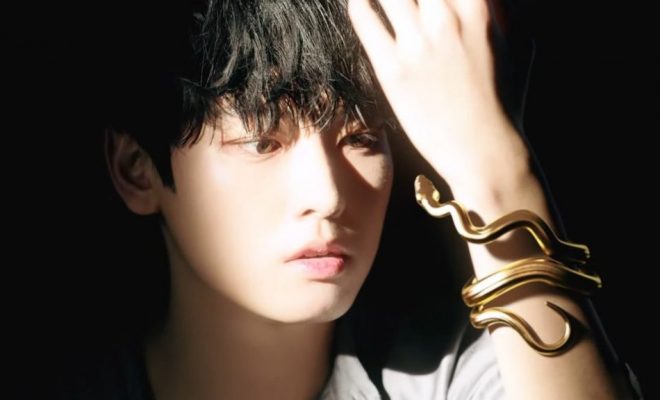 SF9 are going to be glorious in ‘9loryUS’ comeback

So by now you all now that SF9 are going to be making their comeback with their eighth mini-album ‘9loryUS‘.

‘9loryUS‘ has been scheduled for release on July 6 – and you already know how excited we are for this release!

The poster for the title track has now been released. The song will be called ‘Summer Breeze’, and in Korean the title translates to, ‘The scent of summer makes me dance‘.

Earlier SF9 had revealed a ‘prologue’ teaser for their comeback. The prologue teaser featured Inseong (you know he’s my favourite) waking up and looking confused. As he walks towards the window and looks out at an eclipse, we see the other members of the group appear in the half light.

The trailer was released on the same day as an actual annular eclipse was taking place. An annular eclipse is a solar eclipse that the sun is covered by the moon and only its edge shines in the shape of a golden ring. It is a rare natural phenomenon in Korea since it was last observed in 1948. Which fits with the dark mood of the prologue.

What do you think of the teasers that have been released so far? Are you looking forward to hearing new material from SF9? Let us know your thoughts in the comments below.

Narelle
← Previous Story A.C.E are going to ‘Stand By You’ in latest teasers
Next Story → D-Crunch’s O.V and Dylan stares at the ‘Blue’ sky in SoundCloud track