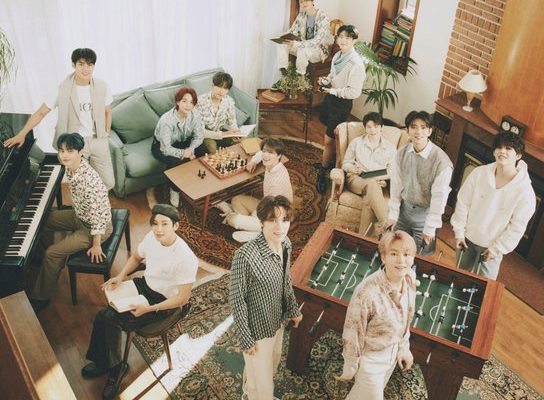 Seventeen gives you a preview of ‘Your Choice’

Previously, Seventeen has dropped their image teasers. Now, they have revealed their tracklist and the highlight medley for ‘Your Choice‘. So, check out the latest teasers below!

From the tracklist, there is a total of six tracks including ‘Heaven’s Cloud‘, ‘Ready To Love‘, ‘Anyone‘, ‘Wave‘, ‘GAM3BOI‘ and ‘Same Dream, Same Mind, Same Night‘.

They have released the highlight medley that gives us a chance to listen to the tracks on this album. ‘Heaven’s Cloud‘ has this retro beat that is calm and relaxing to listen to. ‘Ready To Love‘ is an uplifting song that embraces the sounds of summer. ‘Anyone‘ has such a minimalistic sound that allows us to enjoy their vocals more. ‘GAM3BOI‘ is the HipHop team’s song, so we get this interesting beat with such a chill and fun rap flows. ‘Wave‘ is the Performance team’s song. It is quite soothing to listen to where one would be able to move so gracefully to. ‘Same Dream, Same Mind, Same Night‘ is the vocal’s song, so we get this smooth melody that allows the members to showcase their beautiful vocals.

They have also dropped the MV teaser for ‘Ready To Love‘. In this short snippet, we get to hear their soothing vocals as the members chill in such a sweet location. It is clear that they are bringing back that summer vibes for this comeback.

Meanwhile, they will make their hot return on June 18th. Which track caught your attention? Let us know in the comments below!