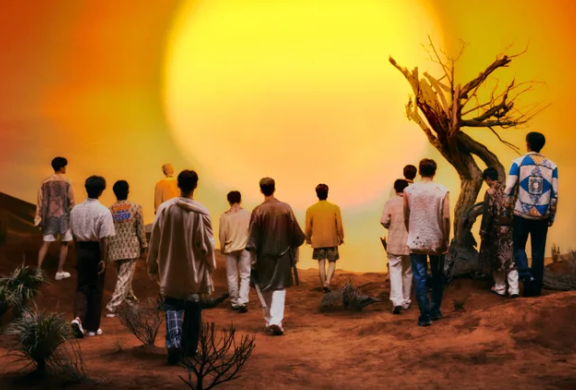 Seventeen has dropped the rest of their ‘Face The Sun‘ trailers, as well as their concept teasers. So, check it all out below!

The final members to reveal their trailers include Jun and Wonwoo. In Jun‘s teaser, it is about Metamorphosis. The video showcases the beautiful night sky before we see Jun surrounded by candles. He breaks down into contemporary dancing, captivating us with his moves and power. The final video is Wonwoo‘s teaser, which is about “World’s End…And“. In this clip, we see him driving his car down this long road with the desert surrounding him. He reaches his destination, which is a block road so he walks towards the sun or he faces the sun, which may tie up to the overall meaning of this album.

Their first concept teaser is known as their Control. This set of teasers allows them to look formal and sleek in black. The overall setting is mainly grey, which contrasts nicely with their black outfits. They surely know how to look charismatic with this concept and theme. To fit with the concept theme, for their group teaser, we see them lining up with order while facing the same way. We can clearly see the members amongst the crowd. It is taken in a way that looks like they are been controlled.

Their next concept teaser is their Shadow teaser. So, it looks like this concept may be connected to the previous concept because we see that white building that was featured in their first concept. However, now the images are in the dark, as it appears that the members are escaping from this controlled environment. We see smoke and images that are taken in small areas to help enhance this vibe that they are going for.

Their third concept is their Ray teaser. So, this concept is also featured during the night to allow their ray of light to stand out among the scenery. The way each member presents their fire is different including some burning matches, lighting up candles, as well as burning roses. Nevertheless, the light that these sources give help bring out the best in these teasers.

Their latest concept is their Path teaser. This concept is about them finding their pathway and running towards it. The members are dressed up to suit the colour scheme of the area and the autumn season. Their outfits also give off this warmth and hiking vibe, bringing hope to their images. Their concepts all follow a story to lead to this final concept, where we see contempt and happiness on their faces.

Meanwhile, they are set to make their hot return on May 27th. Which concept do you like the most? Let us know in the comments below!