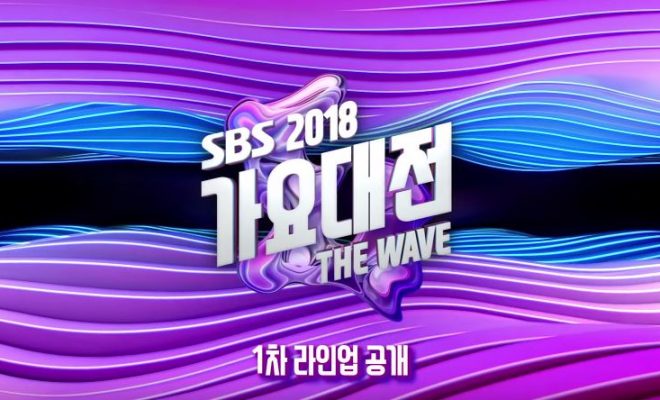 SBS Gayo Daejun 2018 announces their first line up through a video teaser!

Yes, that is right! Even though we have just started December, TV programs have already begun preparing for the end of the year. In particular, SBS Gayo Daejun 2018 has revealed its first line up through a video teaser. So, check it out below!

From the video, it indicates that the theme they will be going for is ‘The Wave’. At this stage, it is unclear as to how they will incorporate this theme into their show. Nevertheless, it surely gets you excited for what’s to come.

In the video, it also featured who will be attending the show. So far, it looks like BTS, TWICE, BLACKPINK, iKON, MAMAMOO, MOMOLAND, G-FRIEND and GOT7. More will be announced later in the month.

Meanwhile, this year’s SBS Gayo Daejun will be held on December 25th at Gocheok Sky Dome. Will you be tuning in? Let us know in the comments below!