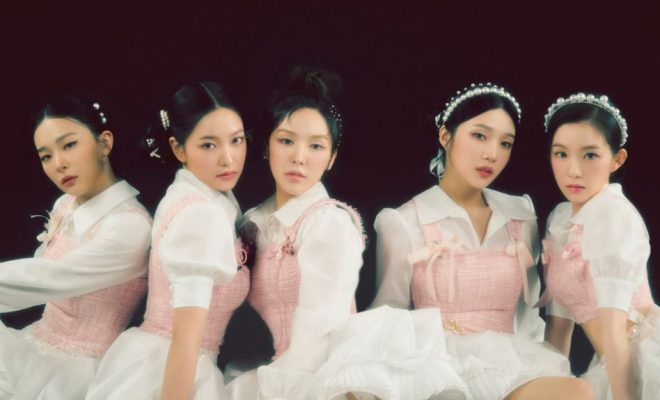 Red Velvet gets us all excited with their comeback schedule

Red Velvet has dropped the comeback scheduled for their upcoming return with ‘The Reve Festival 2022: Feel The Rhythm‘. Check it out below!

Their first group teaser features them wearing pink and white outfits while doing ballerina poses. It looks like they are the dolls featured on beautiful stands of similar colour. The setting is also quite vintage, leaving us excited on where they will be going with this concept.

They have also dropped their individual teasers. Each member gets a total set of three teasers. The first teaser features the music box set, where the members are seen spinning around on the stand while maintaining a still frame of their ballerina pose. Continuing with the same vibe, we see the members give different poses while wearing the same outfits. The black background helps make them truly pop out of the image. The final teaser has them sitting on top of the table that was featured in the first image teaser.

Meanwhile, they will make their hot return on March 21st. Are you excited? Let us know in the comments below!

Tracey Luu
← Previous Story PURPLEKISS is finally making their hot return soon!
Next Story → Oh My Girl gets you excited with their ‘Real Love’ teaser