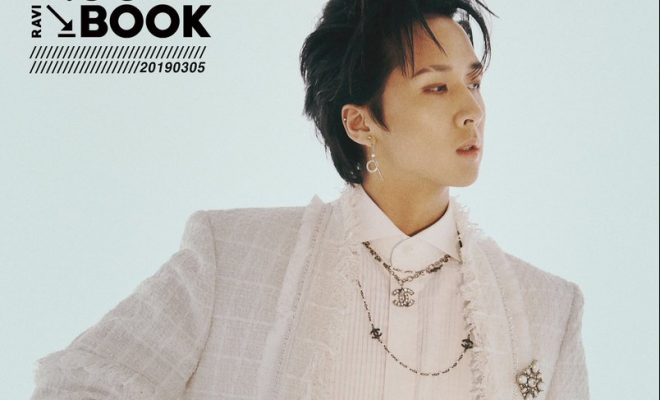 Ravi has revealed the tracklist for his upcoming album, ‘R.ook Book‘. So, check it out below!

So, this album will have a total of eight tracks including the title track, ‘Tuxedo‘, the pre-released track, ‘Live‘ featuring Chungha, ‘R.ook Book’, ‘L.A.Y.E.R.E.D‘ featuring SAAY, ‘See-Through‘ featuring Cold Bay, ‘Runway‘, ‘U-niverse‘ featuring Rick Bridges and ‘Hoodie‘ featuring Xydo and Raf Sandou. It can also be noted that he worked on all of the tracks including writing the lyrics, composing and arranging it.

Meanwhile, Ravi will make his return on March 5th. Which track are you looking forward to? Let us know in the comments below!