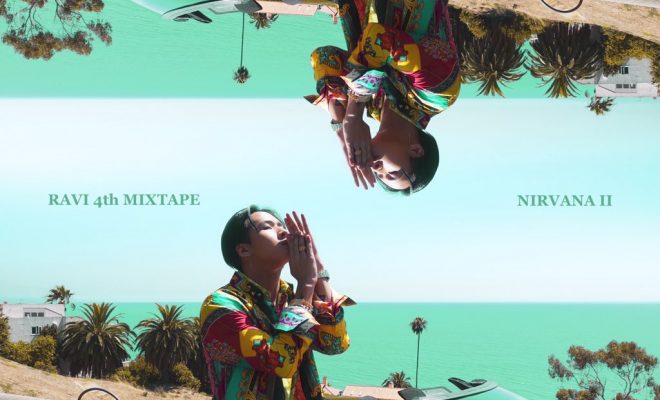 RAVI prepares for his ‘NIRVANA II’ with teasers

It looks like it will be a busy month for RAVI‘s fans. He has prepared quite a few things for the fans. Check out what he has in store for you below!

So, RAVI will be releasing his fourth mixtape, ‘NIRVANA II‘. Ahead of its release, he will be revealing a pre-release before dropping official teasers.

So, the pre-release track is called ‘Leopard‘ and it features the one and only MAMAMOO’s Solar. It is a song produced by Cosmic Boy. They both have such distinct voices so it surely leaves one curious as to the kind of song they will be releasing. One thing for sure is that the mix of their voices will give us a mood that we all need!

After the release of ‘Leopard‘, he has begun the official teasers. He dropped the album cover in which brings out the best in summer. Ravi looks amazing in the colourful outfits with such a beautiful view behind him. He is seen relaxing while sitting on top of a beautiful red car.

Ravi has also revealed the tracklist. There is a total of seven tracks including ‘Two Tone Drip‘, ‘Leopard‘, ‘Still Nirvana‘, ‘0.1‘, ‘Versa‘, ‘Service‘ and ‘Unicorn‘. Many of the tracks are produced by Cosmic Boy, GXXD and Yuth.

Meanwhile, he will make his hot return on August 29th. Are you ready? Let us know in the comments below!