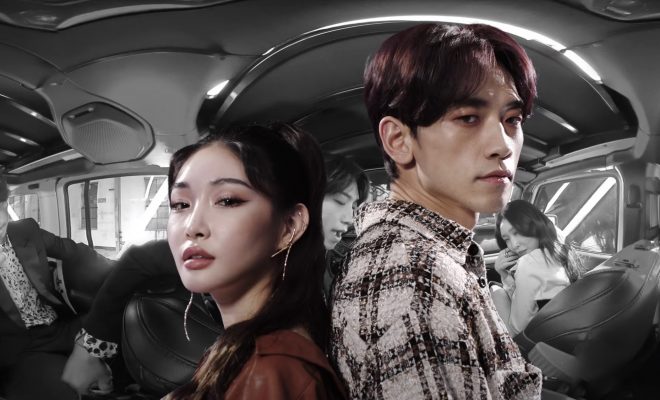 Rain asks Chung Ha ‘Why Don’t We’ in collaboration track

Rain has released his new mini-album ‘PIECES by RAIN‘ along with the title track ‘Why Don’t We‘ featuring Chung Ha.

The title track ‘Why Don’t We‘ is a song that combines a progressive house beat and an addictive R&B melody. The song was composed and written by Sik-K, with BUMZU, Anchor (PRISMFILTER), Nmore (PRISMFILTER), Elum (PRISMFILTER), and Shannon working on the production.

In the sleek video, we get to watch Rain perform the catchy track on a futuristic looking set while pulling off the intricate choreography that he is known for. Chung Ha joins him from the second verse of the song.

‘PIECES By RAIN’ features a total of five tracks with collaboration tracks from GOT7‘s Jackson – ‘Magnetic‘ and upcoming boy group Ciipher – ‘Come Over‘. It also features his pre-release duet with J.Y. Park – ‘Switch To Me’.

What do you think of the collaboration track ‘Why Don’t We‘ featuring Chung Ha from Rain? Who else would you like to see Rain collaborate with? Let us know in the comments below.