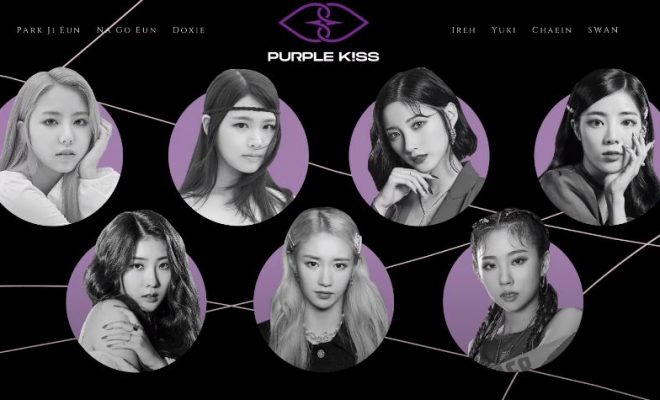 PURPLE K!SS gets you excited with the debut trailer

RBW will be debuting a new girl group called PURPLE K!SS. Check out their debut trailers below!

In their intro debut trailer, we get to see their official logo, as well as the members of the group. From the video, there is a total of seven members including Park Jieun, Na Goeun, Doxie, Ireh, Yuki, Chaein and Swan.

They have revealed the first member, Ireh. In her debut trailer, we see in a white room with writings on the wall. The music that accompanies the video is so smooth before the beat drops, allowing her to give us her rap verse. She has such a beautiful voice that travels so nicely with the beat. One can’t help but fall deep for her style and the way she sings and raps. Her short dance choreography definitely goes well with the vibe of the song.

They have also dropped her concept teaser. We see her in outfits that are similar to the one she was wearing in the debut trailer. We got the one where she is wearing the white outfit. While, the other image has her wearing a lovely dark floral outfit. She definitely is killing it with these looks.

Meanwhile, the group will make their debut soon. Are you enjoying it so far? Let us know in the comments below!