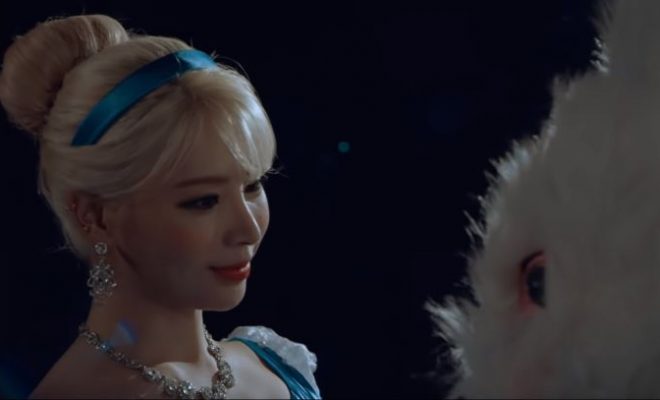 Pink Fantasy SHY has finally given us more details on their upcoming unit debut. They have revealed the MV teaser. So, check it out below!

We finally see the correlation between their first image teaser and their concept. In particular, through the song’s title, ‘It’s 12 O’Clock‘, there is a direct link to the first image teaser in which one of the members is seen dressed up in a Cinderella outfits. For those who know the story, it is quite a clever way in giving us a hint to their overall concept. The track itself is the kind of song you would expect to hear at a ball while you dance elegantly on the dance floor. The music takes a turn and the member is seen reenacting what Cinderella goes through with the shoe left behind! It doesn’t really give us any idea on how the track itself sounds like!

Meanwhile, we will just have to wait under March 26th for more details. Did you like the concept thus far? Let us know in the comments below!

Tracey Luu
← Previous Story 1TEAM wants to say ‘Hello!’ in concept teasers
Next Story → GIRLKIND’s JK catches you off caught with the announcement of her 1st solo single!