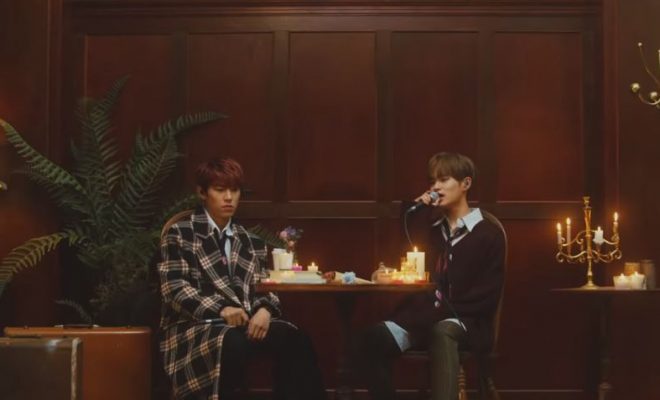 Yes, that is right! With the disbandment of Wanna One, this will be the first thing they have done after it. In particular, Park Woojin and Lee Daehwi have collaborated on a track called ‘Candle‘. So, check it out below!

It is revealed that Lee Daehwi is the one who has produced this track. It is produced in a manner that best fits their voices. Daehwi is seen singing and one can’t help but feel the beauty of his voice. It just glides so nicely with the melody. Meanwhile, Woojin‘s rap is much deeper, giving it that contrast and thus allowing the rap sections to stand out. It is a beautiful contrast and surely lifts up the mood of the track.