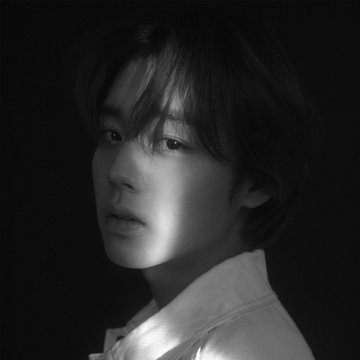 Park Jihoon will be making his hot return with ‘Message‘ soon. Check out the teasers below!

In the prologue art film teaser, we get this chill track that goes well with just how cute he is throughout this video. One can’t help but vibe along to this song and enjoy the way it sounds. This definitely gives us a hint into what to expect from this album.

For his preview teaser, we get two black and white image teasers. He looks like a model as he stares off into the distance. Due to the black and white concept, it definitely allows him to look quite charismatic. It also helps enhance the way the overall image feels.

For his first concept teaser, we get coloured images. These images allow his cute charms to come out. He is seen wearing a cute outfit while enjoying a glass of water. Every thing he does just looks too cute and cool!

His second concept teaser allows him to change up the concept. He goes for a more stern and charismatic look as he gives us poses with different flower and plants. The colour scheme is also much more vintage.

The third concept teaser goes for that modern look while keeping it simple. The colour scheme of his outfit are much darker which contrasts well with his blonde hair. So far, he has shown different charms within his teasers.

Ahead of his comeback, he has dropped a special video for ‘Hit It Off‘ featuring Penomeco. It looks like it’s a pre-released MV, allowing us to see what kind of song he will be releasing. Once again, he showcases another side of his music. He goes for that swag and hip-hop vibe. It unexpectedly goes well with him as he just vibes to the song. It is nice to see him try different music to allow his charms to shine through.

Meanwhile, he will make his hot return on November 4th. Are you excited for his upcoming return? Let us know in the comments below!