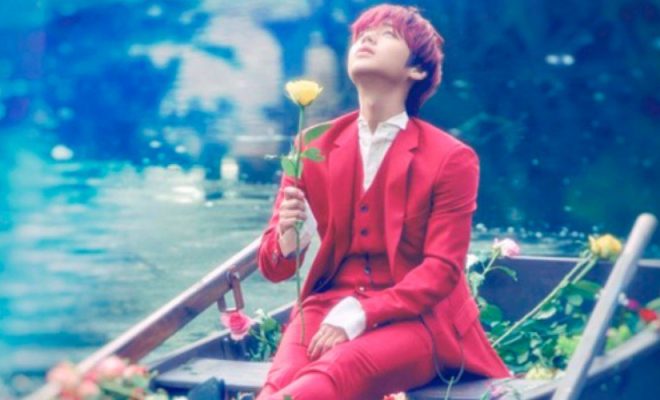 Yes, that is right! As many knows, Park Jihoon will be making his solo debut. To get you excited, he has revealed two concept teasers. So, check it out below!

In the first image teaser, we get a close up shot of him. In particular, through this image, we get to see just how perfect he is. From his hair colour to the outfit he is wearing surely gives off that natural prince vibe. His eye colour also stands out in this image teaser and goes so well with the overall mood. You can’t help but be enchanted by his new look.

The other image is an image that one would love to have embedded in their minds. He is seen sitting on a boat that is filled with different colours of roses. He is dressed in a red suit that matches nicely with his hair colour. The way he is sitting there is just so angelic and prince-like. He is also seen holding a flower and offering it to the air.

Meanwhile, he is set to make his hot debut on March 26th. What do you think of the concept so far? Let us know in the comments below!