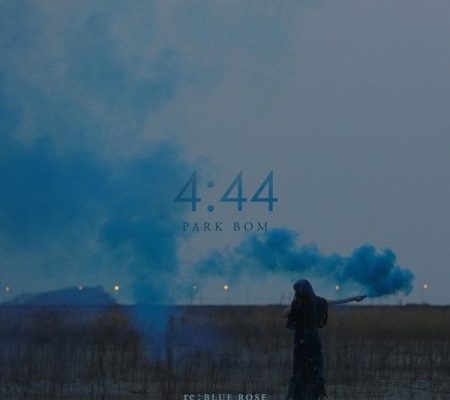 Park Bom will be returning with a repackaged album, ‘Blue Rose‘. She has finally revealed more details on it. So, check it out below!

The post above is the album cover of his upcoming repackaged album. It has this wintry vibe from it due to the dark blue effect used across this image. The colour blue also goes nicely with the title of this album. It is also revealed that this album will have a total of five tracks including ‘4:44‘ featuring MAMAMOO’s Wheein, reggae version of ‘Spring‘ featuring Dara, ‘My Lover‘, ‘Shameful‘ and the ballad version of ‘Spring‘ featuring her sister, Park Goeun. ‘4:44‘ is described as a song that is dream-like but is filled with sadness.

Meanwhile, she is set to make her return on May 2nd. Which track are you looking forward to listening? Let us know in the comments below!

Tracey Luu
← Previous Story Apink’s Eunji prepares for a Spring duet with 10cm!
Next Story → SPECTRUM is ready to have a ‘Refreshing Time’ in new concept teasers