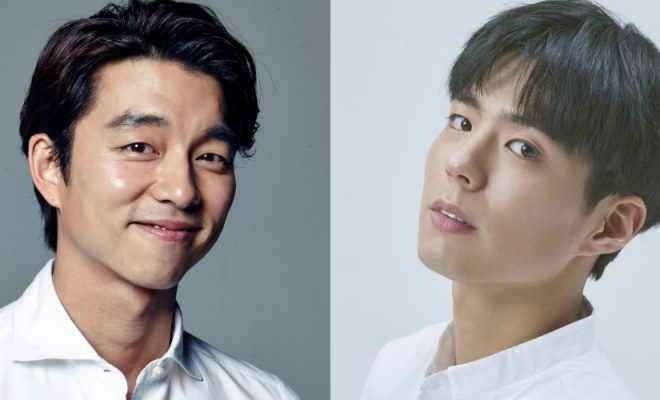 It has been confirmed that Gong Yoo and Park Bo Gum will be co-starring in a new movie.

The film tentatively titled ‘Seo Bok’ will be directed by Lee Yong Joo and is scheduled to commence filming in April.

‘Seo Bok’ is described as a fantasy/action thriller which tells the story of the world’s first human clone – Seo Bok, who holds the secret to eternal life.

The role of Seo Bok will be played by Park Bo Gum with Gong Yoo playing the role of Ki Heon who is a former intelligence agent who gets caught up in some dangerous situations involving organisations who are determined to possess Seo Bok and the secrets he holds.

This will be Bo Gum’s first film since 2015’s ‘Coin Locker Girl’, and it will be Gong Yoo’s first project since ‘Goblin’ two years ago.

Given the two leads of this move, anticipation is very high for the release.

What do you think of the news of Gong Yoo and Park Bo Gum starring together in ‘Seo Bok‘? Let us know your thoughts in the comments below.