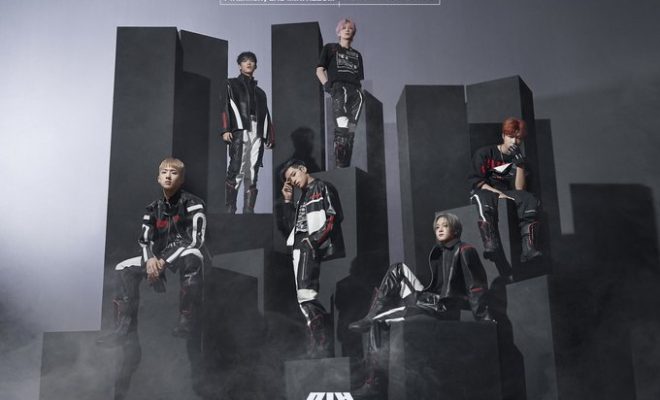 P1Harmony gets you excited with their ‘Break Out’ comeback schedule

P1Harmony is finally making their hot return with ‘Disharmony: Break Out‘. They have dropped their comeback schedule, as well as their teasers. So, check it out below!

From the comeback schedule, they will release their prologue teaser and jacket poster from April 1st to 5th. The highlight medley, tracklist and P-track teasers will be revealed from April 6th to April 13th. Finally, the MV teasers are set for April 15th and 19th.

For their first concept teaser, we see them wearing rugby-like outfits as they give us that retro nostalgic poses. It is definitely an outfit that we would be seen on their senior K-pop groups in the past. They have done an incredible job in replicating that look. They surely know how to look good for the camera.

For their second concept teaser, they have modernised that sport look. This time, they have gone for that motorcycle bad boy look as they give us quite a charismatic look. They definitely have nailed the dark vibe, especially with the use of smoke in their image. With this look, they definitely have shown their maturity.

Their latest teaser is the prologue teaser. It contains this intense music that would go well with a secret agent movie. The video itself features many different scenes that make it quite mysterious. It will be interesting to see where the concept goes and what they will showcase in the MV.

They have also dropped the tracklist. There is a total of six tracks including ‘Scared‘, ‘Reset‘, ‘Pyramid‘, ‘AYAYA‘, ‘End It‘ and ‘If You Call Me‘. They have also revealed the highlight medley. This gives us a preview of the songs that will be part of this album.

They have dropped a longer preview for the track, ‘If You Call Me’. We also get to witness snippets of the members dancing so smoothly with the song. The dance moves also goes well with the vibe of the song. With this short snippet, we already know how soothing this song will be and how much we will love this track.

Meanwhile, they are set to make their hot return on April 20th. Are you ready? Let us know in the comments below!