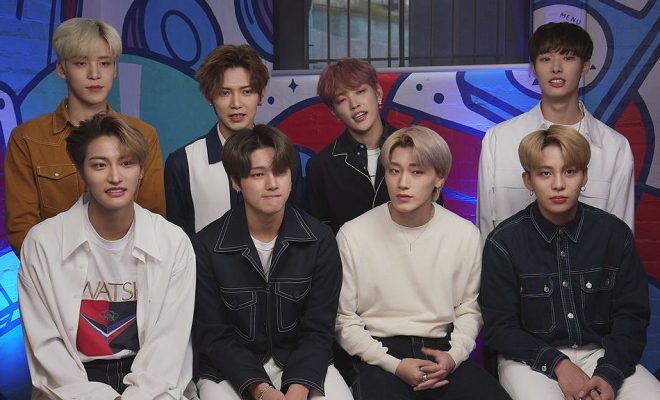 Our favourite moments that brought ATEEZ and Melbourne ATINYs closer

ATEEZ took Melbourne by storm with their ‘Expedition Tour In Australia‘ on August 9th, exceeding fans’ expectations. There were many great moments that happened throughout the event. It was difficult to choose only a few favourite moments, but we have gathered our favourites for you to relive the event!

Despite the sudden change in Melbourne’s weather, fans were buzzing with excitement before and during the event. It was cold, raining and even hailing at one point. However, that was all forgotten when ATEEZ took the stage at 7pm. The crowd’s adrenaline was so high and fans were squealing with disbelief that ATEEZ were finally in front of them in Melbourne.

As expected, ATEEZ did not disappoint as they got their fans up on their feet jamming to their songs. The charms and sexiness that exude from their dance performances really turned up the heat in the venue, where fans were no longer feeling the cold from the outside. As Yunho had promised, the group was able to keep ATINYs warm during this cold season.

There was no place that any one of us attending wanted to be at other than the ATEEZ concert on August 9th. The energy felt from both ATEEZ and ATINY was incredible. Especially when it came to parts of the concert that allowed the natural interaction between ATEEZ and the fans. In particular, one of the sessions included ATEEZ reading some tweets that the fans had posted. The members tried out an Aussie accent while saying “G-Day Mate“. They gave us their best attempt, as fans screamed their encouragement. They did an amazing job, causing a huge round of screaming applause from the fans.

Watching ATEEZ perform ‘Hala Hala‘ cutely was a moment to remember. Them giving us cute gestures and dance moves surely caused cheers to erupt as it was the cutest thing on Earth. It was clear that everyone was having a fun time since ATEEZ had loosened up and showed us the close bond they have with each other.

It wouldn’t be right if there is no mention of their performances. It was clear just how much fun they were having on their Melbourne stage. They owned that stage with their powerful performances while moving fans’ hearts with their emotional dance choreography. They put their all into giving us their best, which was evident in every single performance they did.

In particular, they prepared a special session which allowed us to witness their choreography skills. They did two dance covers: one was for Travis Scott‘s ‘Sicko Mode‘ and the other was for YG‘s ‘One Time Comin’. Both tracks were Hip-Hop and allowed us to witness their strong choreography. They put power into each and every move, leaving the entire audience mesmerised. Fans started jamming along to the songs with them and truly enjoyed these special dance covers that ATEEZ prepared for us.

They remembered back to their debut by showcasing their ‘Pirate King‘ and ‘Treasure‘ tracks. They caught us in a daze with ‘Light‘ and ‘Stay‘ before turning up the heat with ‘Illusion and ‘Wave‘. The sweet dance choreography was witnessed during their ‘Aurora‘ and ‘Twilight‘ performances before they brought power to their dance with ‘Hala Hala‘ and ‘Promise‘. What was touching during the performance of ‘Hala Hala‘ was the fact that they performed in their original outfits from the MV. They finished up the concert with ‘My Way‘, ‘Say My Name‘ and ‘Utopia‘.

However, fans didn’t want the show to end and wanted to hear more from them. As they disappeared off-stage, fans began their chants with either “ATEEZ” or “Encore“. Fans united and cheered as loud as they could, it was enough to move their hearts as they asked fans to cheer their name three more times. With that, they came back on stage for their final two tracks: ‘From‘ and ‘Dancing Like Butterfly Wings‘. They put all their energy and sweetness into the performances and the show finally ended as they waved goodbye to their fans.

Unexpectedly, a special guest was at the event! It actually took fans by surprise as Maddox started the show with the intro song, ‘Long Journey‘. To those who are unaware, Maddox is also an artist under KQ Entertainment. His surprise appearance was definitely a big show of support for ATEEZ!

He also performed his debut track, ‘But Maybe‘, as he sang under beautiful blue lighting. It helped set the mood and you couldn’t help but be enchanted by his voice. It was also nice to see the lyric video in the background. He performed one other track, which was a cover of Allen Stone‘s ‘Unaware‘. The highlight of the song was the high notes, which sent chills down everyone’s spine. It proved that KQ Entertainment‘s artists are truly talented!

All kinds of surprises popped up during the concert. At the beginning of the concert, only seven members were on stage. Seonghwa was absent from the show as he wasn’t feeling well. However, during ‘Hala Hala’ he made his appearance onstage and gave us his speech. It was a pleasant surprise for the fans, especially since we didn’t expect him to be at the venue. It was great to see him feeling better and he was happy to perform the last few songs for us. His smiles were angelic and fans were happy to give him their loudest cheers to show how happy they were to see him.

Even though VCRs are no surprise since it is normal to have them featured in concerts, what took fans by surprise was the video that was dedicated to their Australian ATINYs. We got to see their cute interactions as they prepare for their Australian tour. There was also a mini TMI session in which had us learning more about them!

It was also quite special to see San learning some Australian slang. He said a sentence or two with Australian slang, which managed to confuse the other members. However, with ATINYs‘ help, they began to understand more about the slang and even used it themselves!

They also did a special random dance session. ATEEZ turned up the heat with all kind of dances. They began with the sexy dance to EXO‘s ‘Love Shot‘ then transitioned to full girl crush and chic look with ITZY‘s ‘Dalla Dalla‘ and Chungha‘s ‘Gotta Go‘. They end the session with the cute Pinkfong‘s ‘Baby Shark‘ dance choreography and the energetic and powerful dance for Block B‘s ‘Her‘.

Finally, as we all know, August 9 was also Mingi’s birthday. As a gift from the fans, in (somewhat) unison, we all joined in and sang “Happy Birthday” for Mingi with the members’ guidance. We sang it once at the beginning of the event and once at the end of the event! It was special and felt warm. It was a moment to remember for both ATEEZ and ATINYs.

Each member had their goodbye speech prepared. Hongjoong began his speech about how much he had enjoyed been here and how much love he had felt. He would love to come back here again and again. He also hoped to come back to Australia to celebrate Christmas in summer.

Yeosang spoke in English saying: “Happy to meet you today. Sad that I have to say goodbye. My heart is always with ATINY. Thank you for supporting alot and the unforgettable memory.”

San got the fans to promise to remember that ATEEZ and ATINYs’ hearts are always close to each other.

Yunho was up next with his speech. He said that it was really fun because of ATINY. He asked, “I promise to keep you warm. Did i keep my promise?“, which had ATINYs in union saying “YES“. He continued to say that “In your hearts there is us and in our hearts there is ATINY. Thanks for the unforgettable memories. I love you.“

Seonghwa talked about living in Australia for a few months. He had good memories then. Now, Australia has become a special country for him. He revealed that wherever he went, ATINY is always shining brighter than a star. He told fans to remember that “You are a good and valuable person.“

Wooyoung thanked fans for a successful concert. He said that “We will not take your love for granted. We will cherish your love.”

Jongho ended all speeches by talking about how beautiful Melbourne was. He was grateful for this wonderful chance. It would have been impossible without the fans. “We will show you much more from now on. I Love You.“

ATEEZ then finished their Melbourne show, what an unforgettable night it was. It was everything fans could have wanted and more.

The team at All Access Asia wants to especially thank MyMusicTaste and KQ Entertainment for giving us the opportunity to cover this amazing event.

We would also like to thank and credit all the fans who have posted the fancams that are used in this article.

Did you attend ATEEZ – The Expedition in Australia in Melbourne? Were there any other moments that stood out to you? Will you be attending the Sydney show? Let us know your experience in the comments below!

Written by Tracey
Edited by Narelle

Tracey Luu
← Previous Story We want you to join our team!
Next Story → GOT7 captivates Melbourne Ahgases with their fun, laid-back and confident presence!