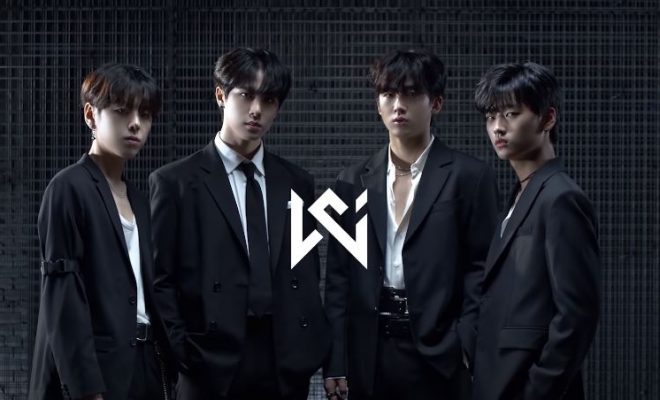 It is revealed that the group’s name will be WEi. So far, they have shown for known members including Jang Daehyeon, Kim Donghan, Kim Yohan and Kang Seokhwa. It is unclear if the group will have more members. However, they have dropped the logo which showcases a fancy W.

They have also dropped their official image film. It features a beautiful beat that goes nicely with the overall vibe of the video. They look incredible in black as they stare down the camera. It is quite a look and it goes well with each member.

Finally, they have also announced all their official SNS accounts. So, be sure to follow them to keep up to date with their content!