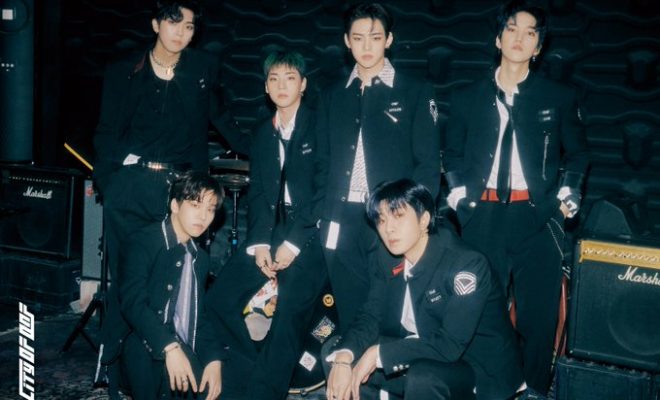 ONF presents their newspaper teasers for their ‘City Of ONF’ comeback

ONF continues to tease for their upcoming return with ‘City Of ONF‘. Check it out below!

First off, they have dropped their track map guide, which reveals the tracks that will be part of this album. It is revealed that this album will contain a total of 14 tracks including ‘My Genesis‘, ‘The Dreamer‘, ‘Beautiful Beautiful‘, ‘My Name Is‘, ‘Secret Triangle‘, ‘The Realist‘, ‘On-You‘, ‘Feedback‘ and ‘I.T.I.L.U’.

For the first concept teaser, we see them embracing this retro vibe as the members are seen sporting dark outfits. The outfits they are wearing looks like school uniforms but has been accessorised to allow them to look more cool and charismatic. It also brings alight their bad boy look. The way the image is taken also helps enhance this retro look they are going for, especially with the bright flashlights seen in their images.

Finally, they have revealed their city newspaper concept. This image teaser features them on what appears to be the front of the newspaper. The members are seen on the headlines as they are seen smiling and discussing something. The captions found on this image reveals that they will be trying something new together since there is nothing easy in the world. Thus, we hope it’s implying that they will be returning new a sound that we have yet to hear from them.

Meanwhile, they will make their hot return on April 28th. Are you excited? Let us know in the comments below!