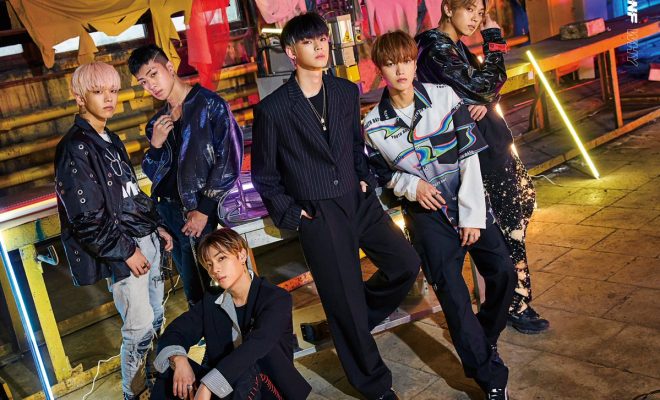 ONF has dropped more of their ‘Signal‘ teasers before revealing their concept teasers following it. Check it out below!

In their ninth clue, we get a black and white image with E-Tion‘s image pasted throughout it. On the bottom of the images, we also get lines with words on it. It appears that the words may be either lyrics or words that give hint to the kind of concept they are going for.

Next up is also E-Tion‘s video teaser. We get this mystic vibe with such very soothing instrumentation playing before it changes to a more intense sound. One can’t help but get hooked into his emotions and what he is feeling. It is intense and truly gets us more excited than ever.

Next up we have this timewarp cloning teaser. The image is blurred, giving it that mysterious effect. It leaves one quite curious as to what this image is trying to show. The video that accompanies this image is also released. It features a computer that is malfunctioning. Printing can be heard in the background before the computer breaks down.

Finally, they have revealed details on this comeback. They will be returning with their fourth mini album, ‘Go Live‘. They are set to make their hot return in October!

Now, we are finally getting their official concept teasers. They begin with the tracklist. There is a total of five tracks including ‘Why‘, ‘Asteroid‘, ‘All Day‘, ‘Moscow Moscow‘ and ‘Twinkle Twinkle‘.

They have revealed all kinds of concept teasers. In the first concept teaser, each member gets two images each. Going with the theme of their tracklist, we get this dark aura images that allow them to look quite charismatic. The looks they are serving us this time around is on point. They surely know how to look cool and serious.

The group has also dropped the album packaging details. Each album comes with the CD, a booklet, a morse message card, a selfie photo card, an ONF store receipt QR card and a poster.

For their second concept teasers, we get their unit teasers. We get to different concepts going on. In one unit teaser, we get that cool neon party look going on, which correlates with their first concept teaser. While the second unit teaser has them posing outside with the clear blue sky. It is a look that is fierce and strong.

In their latest concept teaser, each member is seen posing outside. We get a much closer shot of each of them. They all look amazing as they give us their best fierce look.

Meanwhile, the group is set to make their hot return on October 7th. What do you think of the concept so far? Let us know in the comments below!