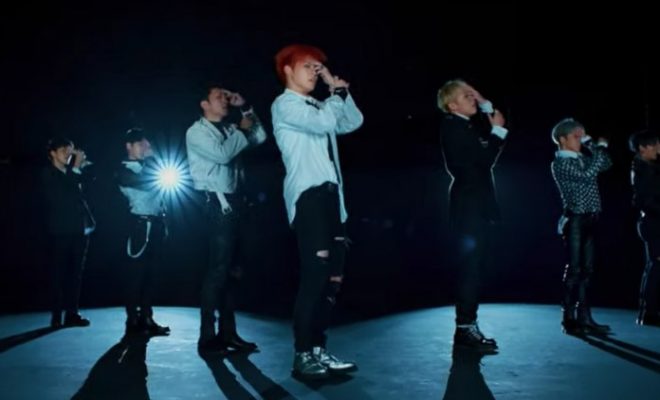 ONF drop ‘We Must Love’ MV

ONF have officially released their third mini-album ‘We Must Love‘ and the title track of the same name.

The song sees the group teaming up with Hwang Hyun from Monotree again for another addictive and thumping track. It features lyrics about meeting that one person that you feel is your destiny and the certainty of those feelings.

‘We Must Love‘ starts life as a future bass track that morphs a little when rock elements are added in the second verse. The opening synths create a moody atmosphere which then leads into the pre-chorus which builds on itself allowing the song to take flight.

The music video matches the theme of the song as each of the members is searching for something, before they run towards a mysterious destiny. The clip is interspersed with their powerful choreography which has a grittier feel to it than anything we’ve seen from the group previously – and we’re completely on board with it.

ONF ‘We Must Love’

What do you think of ‘We Must Love‘ from ONF? Do you like the concept that they have adopted for this comeback? Let us know in the comments below.

Keep up to date with the latest Asian entertainment with All Access Asia.