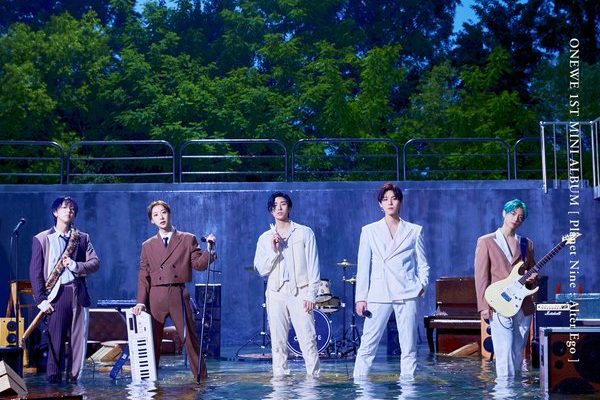 ONEWE gets us excited with ‘Alter Ego’ teaser

Yes, that is right! ONEWE will be returning soon with their 1st mini album, ‘Planet Nine: Alter Ego‘. They have revealed their teasers. So, check it out below!

From the comeback schedule, they will release the concept teasers from June 2nd to 12th. The tracklist and highlight medley will be revealed on June 3rd and 13th. Finally, the MV teaser will be dropped on June 14th.

They have revealed the tracklist. There is a total of seven tracks including the intro track, ‘Rain To Be‘, ‘AuRoRa‘, ‘Logo‘, ‘A.I‘, ‘Veronica‘ and ‘Cosmos‘.

They have revealed their first concept teaser. So far, they have dropped their group teaser and Yonghoon, Kanghyun and Dongmyeong‘s individual teaser. From what we have seen, they have gone for that wet look as many of their hair looks wet. The ground is also filled with water where their instruments are. It looks like they are embracing the sad vibes due to the way they are looking at the camera. We can’t wait to see what the songs sound like that will fit with this concept.

Meanwhile, they will make their hot return on June 16th. Are you excited for their return? Let us know in the comments below!