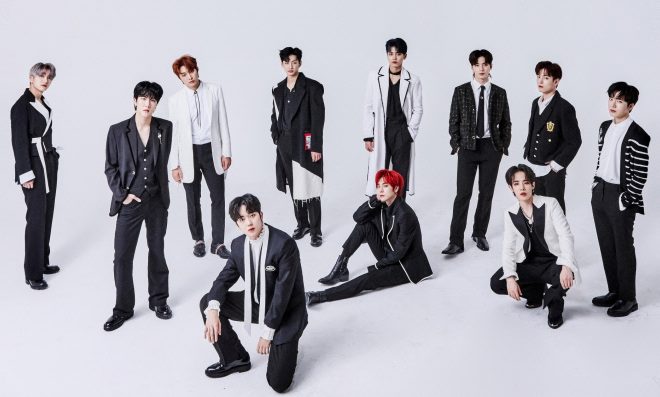 Having revealed all 11 guess the member teasers, OMEGA X has revealed their official debut trailer. So, check it out below!

In this video, we finally get to see the faces of the members. The members that will be part of this group include Seven O’Clock‘s Hangyeom, Limitless‘ Jaehyun, SNUPER’s Sebin, GIDONGDAE’s Taedong, 1TEAM’s Jinwoo (now goes by Xen) and Jehyun, ENOi’s Kevin, Hyuk and Junghoon and 1THE9‘s Yechan. We also got the funky beat that allows them to show off their powerful dance choreography. They look nice in these suits as they put their all into every move. It is clear they are ready to make their debut in this project group.

The video ends with the word ‘VAMOJ‘, which may be the name of their debut title track. They will make their debut soon. Are you excited? Let us know in the comments below!