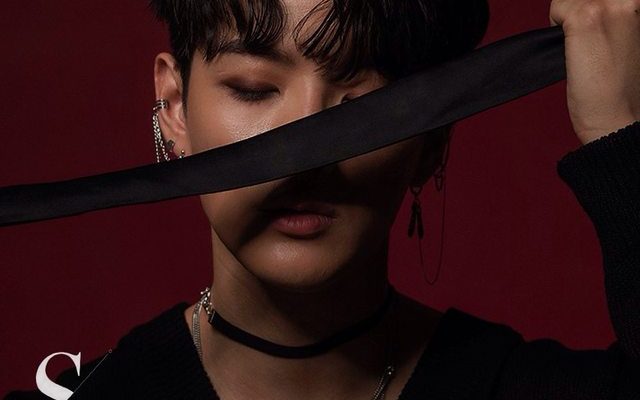 Yes, that is right! Oh Saebom will be making his solo debut! He has released the debut schedule. Check it out below!

For those who don’t know who he is, he is part of a group called MAXXAM. They have yet to officially debut even though they have released their own music in 2018. He also recently participated in ‘Produce x 101‘. It looks like he will be releasing his first single, ‘Tie‘. From the debut schedule, he will be releasing photo teasers from December 1st to the 6th. Following on is the highlight medley set for December 9th. Finally, he will release two MV teasers on December 11th and 14th.

In his first image teaser, we see him in a beautiful suit while holding onto his black tie. There are specks of red petals that allow the image to look cool and mesmerising.

The next image teaser is of a red rose with his name and his group name on it. This must be the reason why there are petals in his previous image teaser. It looks beautiful and one can’t wait to see where the concept heads to.

He then released three beautiful image teasers. All the mages have that dark crimson background that contrasts nicely with his black outfit. He gives us different poses that are quite beautiful. He knows the right poses to do to help enhance this look he is going for!

Meanwhile, he will make his hot debut on December 17th. What do you think of the concept so far? Let us know in the comments below!