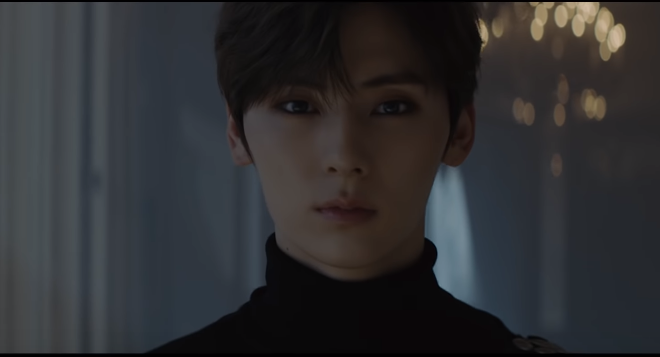 As many knows, NU’EST’s Minhyun will be releasing his solo single, ‘Universe‘ ahead of the group’s return. So, to get you excited, he has revealed all kinds of teasers. So, check it out below!

We begin with the first image teaser in which leaves fans to think outside the box. All kinds of circles are featured in this image and it is unclear where he is going with this kind of concept. Nevertheless, it has your brains searching for clues.

The second image teaser is quite emotional to look at. It looks like he is undergoing some kind of therapy session as the hat appears to be generating some kind of memories that has Minhyun crying deep inside the heart. It definitely is quite a heart-breaking image to look at.

He has also revealed two MV teasers. The video is filled with such beautiful memories that he had. Fans are definitely happy that we are getting a story MV that will hit us in the feels. So far, we know that it will be a story that is filled with emotions.

The second MV teasers appear to be drawing from a concept that NU’EST have previously done for ‘Overcome‘. Something about is so emotional and fans are definitely getting more excited as time goes by.

Meanwhile, Minhyun will release his solo track, ‘Universe’ on April 3rd. Are you ready for this? Let us know in the comments below!