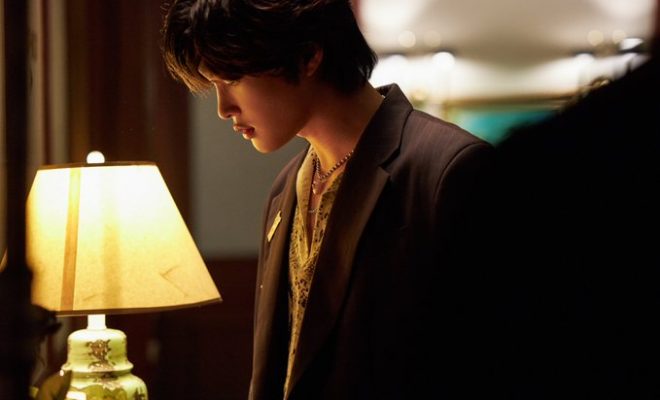 NIve gets you excited with ‘Broken Kaleidoscope’ comeback schedule

NIve is preparing for the release of his first mini album, ‘Broken Kaleidoscope‘ by dropping the comeback schedule. So, check it out below!

He will drop his concept teaser on July 13th and 14th. The tracklist and poster will be revealed on July 15th and 16th. Finally, his video teasers are scheduled from July 21st to 26th.

In the first concept teaser, we see him giving us a charismatic look while posing in the hallway. His smart casual look definitely draws us in as it contrasts nicely with the cream wall.

The second concept teaser takes us outside as he enjoys the beautiful sunlight. The sunlight is behind him, allowing him to shine. His outfit falls under the casual side that goes nicely with the simple blurred background.

From the tracklist, there is a total of five tracks including ‘Escape‘, ‘Maybe I Wanna Die‘, ‘I’m Alive‘, ‘Perfect Dancer‘ and ‘To: My Dear Friend‘.

He has also dropped the MV teaser for ‘I’m Alive‘. It features him in the hotel room while staring at his own reflection. Then, the song picks up and we get this beautiful instrumentation that draws us in. He surely knows how to get us excited for its full release.

For his D-5 teaser, he gives us a chance to listen to ‘Maybe I Wanna Die‘. He has such a beautiful voice that goes nicely with this simple instrumentation. We can’t help but get chills while listening to him sing. Throughout the video, we also get to hear him explain the meaning of this song and his thoughts on it.

Meanwhile, he will make his hot return on July 27th. Are you enjoying his teasers so far? Let us know in the comments below!