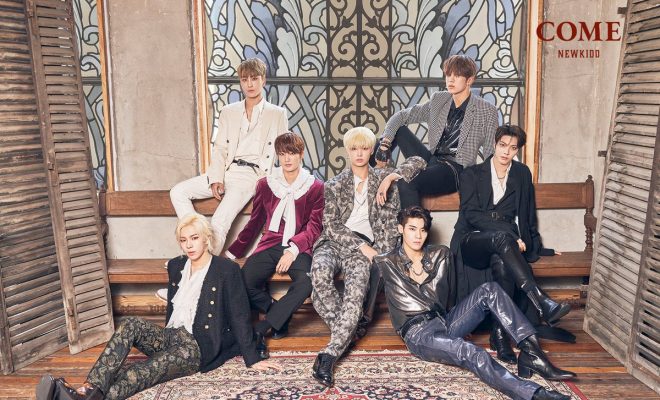 Newkidd wants you to ‘Come’ over in new concept teasers

Newkidd continues to release their concept teasers for their upcoming return with ‘Come‘. Check it out below!

They began with their group teasers. In the first image, they look quite sleek with the black leather outfits with the lovely pink lighting coming through. They have that powerful look going on which is an upgrade from their debut concept. It will be interesting to see where this concept will take us. The second image is also quite beautiful. They are wearing different outfits that go well with the setting they are in. It also continues to enhance the concept they are going for.

They have also released each member’s teaser. Wearing the same outfits, the members are seen posing in different rooms. Some images have the strong pink lighting coming in, giving it that sensual look. While others look incredibly charismatic in the white and clear setting.

They have also finally released the comeback schedule. From the schedule, it reveals that the MV film teasers will be released on November 23rd and 24th. Following on is the concept teaser and lyrics teaser set for November 26th and 27th.

In the MV teaser, it has this strong piano melody that goes well with their tone of voice. One can’t help but be captured by it. The visuals are also on point, giving us the best sides of the group. They have also given us stills from the video.

Meanwhile, the group will make their hot return on November 28th. What do you think of the concept so far? Let us know in the comments below!