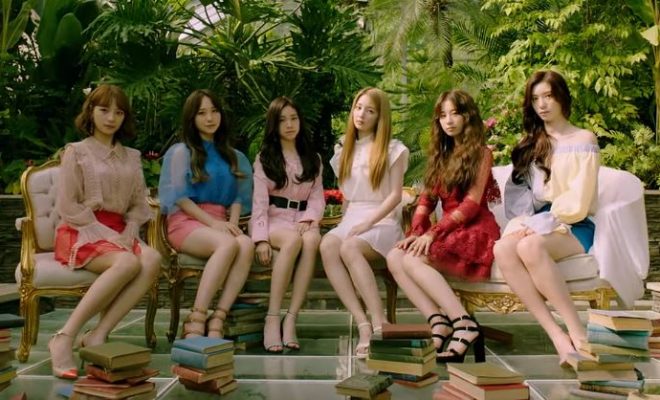 New Woollim Entertainment prepares for the launch of a new girl group!

Woollim Entertainment will be launching a new girl group called Rocket Punch. They have dropped their logo teaser, concept film and the first individual concept teaser. So, check it out below!

For their logo teaser, we get to see this colourful and mystic outlook that gives us a feel for the kind of concept this girl group may be embracing. It ends with their logo that consists of a hand punching towards the sky. It is a well-fitted logo for the group’s name.

They have also begun introducing us to the members. The first member is Dahyun. She looks amazing on stage near the microphone. The band look that surrounds her shows just how musically invested she can be. She also shows off her more chill and fun side as she parties on stage with her members. It is a sight to see, which differs from what we have seen in the previous concept film. We can’t wait to see the rest of the member’s concept teaser.

Stay tuned to All Access Asia for more updates on the group! Are you excited for a new girl group? Let us know in the comments below!