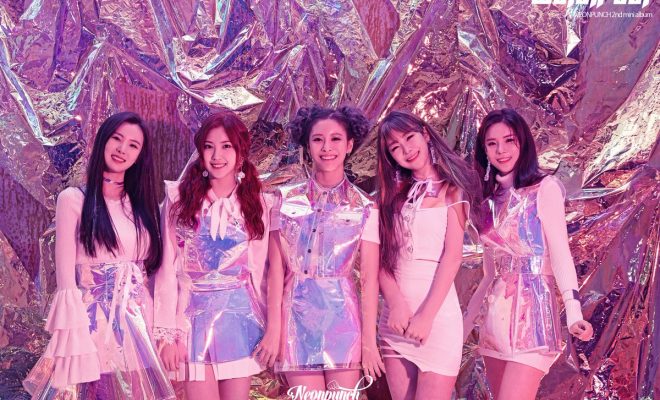 NeonPunch gives you a look at their ‘Watch Out’ album

NeonPunch has dropped the other member’s individual teasers, as well as the highlight medley. So, check it out below!

Like the other members, they get their two image teasers. One of them showed off their more pink and girl crush look while the other had more of a mature and dark vibe to it. By having the two images side by side, it gives us a chance to see two sides of the members while choosing which concept they like more!

Meanwhile, this album has a total of five tracks including ‘Watch Out‘, ‘Tic Toc‘, ‘Like It‘, ‘Goodbye‘ and ‘My Friends‘. ‘Watch Out’ is the intro track where we get to hear them chant their group’s name by each letter. It sounds like they are cheer leading, especially with the way the beats are orientated.

‘Tic Toc‘ is rather soothing in comparison to the intro track. It allows fans to be drawn to the way they are singing along with the melody. The beats are also quite tropical, allowing you to feel the flow of the song. ‘Like It‘ is another upbeat song that has a melody that is easy to follow. It is a song that allows their voices to shine.

‘Goodbye‘ has a more R&B vibe to it due to how slow the melody is. The melody itself is also quite simple, allowing their voices to be listened to carefully. The final track is a great way to end the album as it is upbeat and really ties up the whole album.

Meanwhile, NeonPunch will make their comeback on January 30th. Which track did you like the most? Let us know in the comments below!