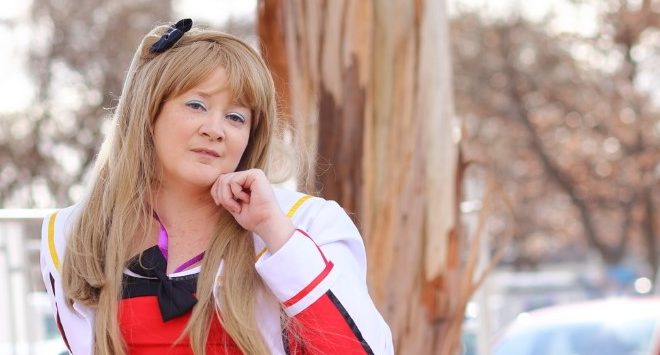 All Access Asia exclusive: Interview with Sandy of Neko Nation

The FINAL EVER Neko Nation is fast approaching, and to hype you all up, All Access Asia has scored an exclusive interview with Sandy, the Australian Assistant of Neko Nation!

According to Sandy, Neko Nation is a club inspired by the Harajuku and Akihabara districts of Japan. It’s a place where you can cosplay, dress up and hang out with like-minded people. In fact, Neko Nation prides itself in being a safe space for those who adore geeky things and just want to have fun without the drama of a normal nightclub!

For those who aren’t all about that clubbing life, there are games such as Tekken 7, Street Fighter, Mario Kart and more to play for those who want to chill, as well as loads of areas to take a break from dancing and just cool down.

Whether you’re a long-time fan of the event, or this is your first time even hearing of Neko Nation, be assured – there’s something for everyone!

With artists such as Teddyloid, SBS PopAsia’s DJ Andy Trieu and DJadeabella headlining, the final ever Neko Nation party is sure to be a blast!

So, let’s get to the interview, shall we?

What is your role within Neko Nation?

I am the Australian Assistant for Neko Nation, which means I get to do a lot of admin. This can include tasks such as social media management, staffing, floor managing the show on the night, plus I also DJ Kpop (when Andy Trieu isn’t there lol) or Jpop and Vocaloid. I also help on the backend of things, with organising, and this can include content for the website or just general management duties any company would have. I just don’t touch anything to do with money – by choice haha!

Why should long-time fans come to the final show?

I think whether you’re long-term, or this is your first and final show, it would be great to pay homage to something that has been a large influence in the Japanese / anime scene. It’s a chance to really celebrate the milestone that has been Neko Nation, and we can all laugh, dance, cry and enjoy this grand finale’ together! (if you can’t find me I’lll probably be hugging a plushie somewhere trying not to cry lol).

It’s also a great time to thank the owner Craig for all the years of dedication, weeks of no sleep just so he can bring this wonderful event to even people like me who mostly like to be at home playing video games and watching anime. He’s put so much hard work and features in to this last show and I 100% believe it’s worth it. There’s gonna be a few tricks up our sleeves never previously seen at Neko!

What are you most looking forward to at the event?

I am SOOOO Looking forward to reuniting with Teddyloid and his manager Morie-San! We met last time we had them over and have formed quite a great personal connection/friendship over time. It’s really great they get to celebrate this with us and I cannot wait to see them soon. Teddy always puts on an incredible performance and energy into the room that just gets everyone hyped.

And let’s not forget my fave Kpop DJ Andy Trieu! I will dance! Dance! Dance!  Like Gangnam Style. For some reason when Andy plays, even if at the start of the night, I am all like, “I’m not dancing on stage, too much work,” he somehow manages to find those songs that I can’t resist haha.

Tell me about the headliners and performers that will be performing!

Oh man I am so turnt up for this show! SO, our main headliner is Teddyloid. He is the man behind the soundtrack to ‘Panty & Stocking with Garterbelt’ (anime), ‘Me!Me!Me!’ and ‘Silent Planet’. His music always pushes boundaries which is amazing!

Then we have the Kpop force come in with Andy Trieu! He’s played previously at Neko in Brisbane & Sydney and we are super excited to have him on board, and they’re supported by DJadeabella who’s made an amazing name for herself as a Gaming DJ not just in Australia, but in America as well, so I am super keen to see her set.

The performers we will be having is Play Girls (Kpop), Mews (Love Live), KDA (Gaming/League of Legends), Asuma Jender (Drag!), Luna (LED) & Voadora (Burlesque) plus many support dancers and performers through the night.

We like to have a wide variety so there’s a little something for everyone, and also to keep it within the theme of the night!

What kind of music is played at the event?

There are a lot of genres catering to many people. We aren’t your normal clubs playing R&B, Pop, Hip hop or your Top 40 etc. We like to keep it geeky so this time we have a great line-up for all types! Our music ranges from your fave music from games, anime, KPOP, Kawaii music like Jpop & Vocaloid, Japanoise which is on the heavier side of Japanese music (later in the night) as well as Happy hardcore (think S3RL) and JCore.

With Neko being a club, we can keep things really peppy and fun by incorporating so many genres. The DJ’s tend to love Neko as they play what they adore and make others happy. I may have missed a few genres, but the general idea is let’s play what is fun, can get you moving and evoke some happiness in the guests!

What will you miss most about Neko Nation?

I think the thing I will miss the most will be seeing how happy we make people. I started out in 2012 as a Catgirl serving sushi and worked hard to make it to the Assistant role I have now.

Along the way there’s been so many lives changed by Neko being around. Hearing people tell me how it has changed their life in many ways from being happy with who they are, finding their unique style and just being comfortable around others, it’s such a humbling feeling. It’s overwhelming to see hundreds of people dancing to your set when you personally think you can do better but also just to see so many smiling faces. That’s the true reward right there!

What are the unique aspects of the event that makes this different to other events?

I guess the main differences would be that we take inspiration from things we love and put it into the event. There are many small details that some may not pick up on like the plushies we have on the DJ booth – we own them! We actually put a lot of our personality into the event which keeps it light and fun.

We also listen to a lot of feedback and make changes even to staff to make sure the night runs smoothly, like having a safety squad, so that means if you feel unsafe or anxious you can find a staff member with a lanyard and talk to them.

Our event is all inclusive regardless of gender, size, outfit or anything which some normal events discourage. We pride ourselves on respecting others normally, and there is a lot of that at our event. We also change up the style slightly each time, so each show is a different experience & even each state has a different style and setup! So, going from one show to another state is completely different and that is a trademark Neko feature. It makes it fun and special!

Tell me more about “catgirls” that are at the event!?

So when designing Neko, Craig had this idea of having almost like a Maid Cafe aspect to the show but with a twist, something that hadn’t been seen in Australia prior to 2016, when Maid Cafes over here started becoming more well known. So, he put his love for Catgirls and sushi together and BAM! there it was haha.

Catgirls are like your host/hostesses for the evening. We have several pairs spanning different aesthetics to cater to all! They come around and hand you FREE (Yes! FREE!) sushi and giggle away with you. They are also Gogo dancers, so you’ll find them on stage dancing away when not working and they also floor walk to help entertain you. The main role of a Catgirl is to be the face of Neko. To be someone that people can have fun chatting to or just getting sushi from, it’s a fun job!

To anyone who’s wanting to run an event: make sure you take your time. Research what is out there and who’s already doing what. The reason for that is you want to make your event unique and while it’s a lot of hard work (think like a normal full time job!) the payoff is so rewarding when you see all the happy faces.

Invest time in it because that’s what really shows in the cohesiveness of an event. Don’t have an event just to have one, do it because it’s your passion and THAT will truly make the event something! That’s what Craig @ Neko has taught me!

A big thank you to Sandy for this exclusive interview with us!

So there you have it – no matter what niche of pop culture you’re into, Neko Nation probably has it covered. If you’re a long-time fan of the event, or if you’ve always wondered what all the fuss was about, make sure you come along because this is your last chance to experience this anime mega party!

Neko Nation – The End is Meow will take place at Manning Bar in Sydney on Caturday, May 18. For more information, including ticketing, visit Neko Nation’s official website here: https://www.nekonation.com/events/sydney/ or the official event page here https://www.facebook.com/events/326462427999133/

It’s sure to be a night to remember! Or rather, re-meow-mber! Will All Access Asia be seeing you there?!

asiaadmin
← Previous Story Eric Nam finishes his Australian tour in Melbourne with a bang!
Next Story → MONSTA X conquers the Melbourne stage with their energy and vibe, finishing up their ‘We Are Here’ Australian tour