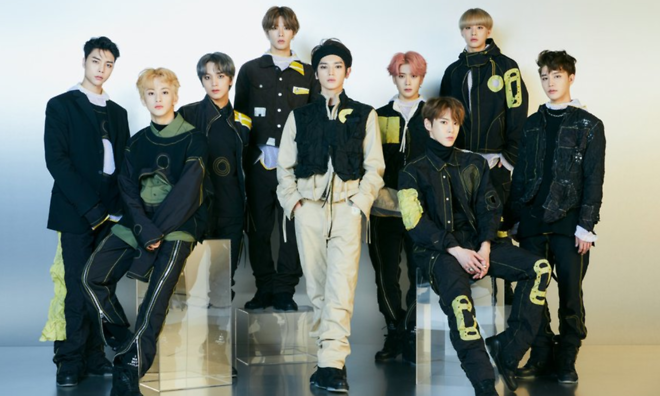 We’re all more than ready for NCT 127‘s comeback with their fourth mini-album ‘WE ARE SUPERHUMAN‘, and just to up the hype that little bit more the group have released a new set of teaser images and a pre-release track ‘Highway to Heaven‘.

Over the past few months, NCT 127 have been touring through North America and dropping powerful performances of the tracks that are contained on the new album. However, we don’t have long to wait now with the release of the album scheduled for 24 May.

The album will contain a total of six tracks, including the title song ‘SUPERHUMAN‘, the pre-release track ‘Highway to Heaven‘, ‘Jet Lag‘, ‘FOOL’, ‘Paper Plane’ and ‘WE ARE 127′.

The group started their comeback with the pre-release track ‘Highway to Heaven‘ this week. What a stunning track it is!

The track is built for the group’s powerful vocalists. It starts out quite moody and then Haechan’s powerful vocals cut right through and lift the mood. The entire track has a grand and majestic feel to it thanks to the layered and rich vocals. Then we hit the climax of the song which is deftly delivered by Haechan‘s power note.

If this is the sound that NCT 127 are evolving with, we can’t wait to hear more of it.

In the latest group teaser image to be released, we see the members in the individual image outfits looking like their ready for the release of their new album. The streetwear their wearing fits perfectly with their concept.

In the individual teaser images that have been released, all of the members look superhuman to us! The images are all backlit which only serves to increase the ‘glow’ factor of the members.

When you look at these images, it’s no wonder that they are conquering America on their current NEO CITY tour.

NCT 127 ‘WE ARE SUPERHUMAN’ teaser images

NCT 127‘s album ‘WE ARE SUPERHUMAN‘ is scheduled for release on May 24.

Don’t forget we’re giving one of our lucky followers a chance to win their very won copy of ‘WE ARE SUPERHUMAN‘. Head to our Twitter page @allaccessasia1 for details.

What do you think of the teasers for NCT 127? What about the MV for ‘Highway to Heaven‘? Are you looking forward to the release of ‘WE ARE SUPERHUMAN‘? Let us know your thoughts in the comments below.

Narelle
← Previous Story ASTRO think you’re ‘1 in a Million’
Next Story → Big Marvel has a ‘Crush’ on you!