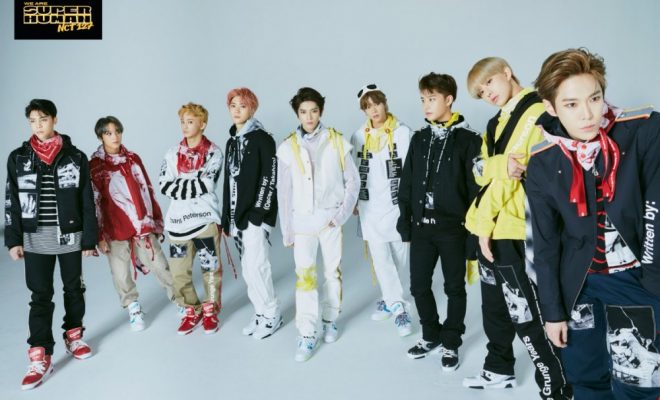 NCT127 have dropped the MV teaser for their upcoming title track ‘Superhuman‘, as well as the unit teaser clips.

‘Superhuman‘ is from the groups upcoming fourth mini-album ‘WE ARE SUPERHUMAN‘ which is scheduled to be released on May 27. The full MV for ‘Superhuman‘ was scheduled for release today May 24, however, SM Entertainment released a statement advising that the release has been delayed to allow for improvements to be made to the final quality.

We don’t yet have a new release date, but as soon as we do, we’ll let you know.

The album will contain a total of six tracks, including the title song ‘Superhuman ‘, the pre-release track ‘Highway to Heaven‘, ‘Jet Lag‘, ‘FOOL’, ‘Paper Plane’ and ‘WE ARE 127′.

As we mentioned above, the group have dropped the dynamic and powerful MV teaser for their upcoming title track ‘Superhuman‘.

In the short teaser clip, we get to see a snippet of the choreography which is always strong and explosive from NCT127, and this time is no exception! The electronic dance track (which has already been previewed in America) is just as complex and powerful.

It looks like the point move for the choreography is taken from everyone’s favourite superhero Superman!

NCT127 have been dropping unit teasers in the lead-up to the release of ‘WE ARE SUPERHUMAN‘ and, we love them.

This unit teaser features Yuta, Taeyong and Johnny. Let me say at this point – it is my favourite of the unit teasers because if you put those three members together, well, let’s just say I’m in my happy place!

The second unit teaser to be released featured Mark, Jungwoo and Haechan. The three of them got into the groove during the short clip which is so cute.

The group had earlier released the first unit teaser that featured the vocal line – Jaehyun, Doyoung and Taeil.

We’re not sure which track is playing in the background to the teaser, but it feels very much like the NCT127 aesthetic.

NCTNCT 127‘s album ‘WE ARE SUPERHUMAN‘ is scheduled for physical release on May 27. When we have more news about the release of the MV for ‘SUPERHUMAN‘ we’ll let you know.

Don’t forget we’re giving one of our lucky followers a chance to win their very own copy of ‘WE ARE SUPERHUMAN‘. Head to our Twitter page @allaccessasia1 for details.

What do you think of the unit teasers and the MV teaser clip for NCT 127? Are you looking forward to the release of ‘WE ARE SUPERHUMAN‘? Let us know your thoughts in the comments below.