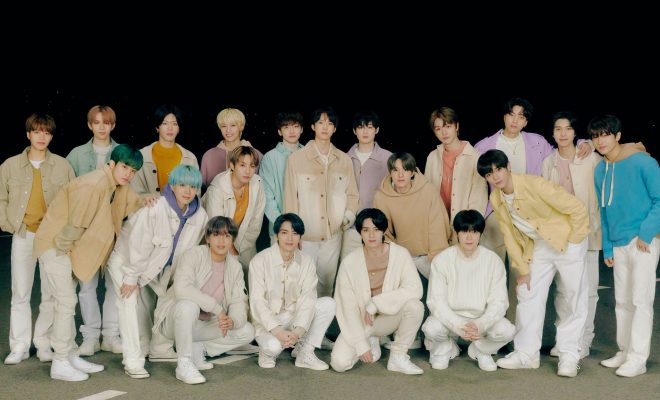 With NCT’s third full album ‘Universe‘ and the second of the two title tracks ‘Beautiful‘ scheduled for release on December 14, we’re loving the concept so far and can’t wait to see and hear more of it.

In contrast to ‘Universe (Let’s Play Ball)‘, ‘Beautiful‘ will feature all 21 members of the group who are participating in this comeback (Lucas and WinWin did not take part in the upcoming album). From the teaser clip, it looks like we’re in for a very special treat with this track.

Nine members of NCT, including Doyoung, Jungwoo, Mark, Xiaojun, Jeno, Haechan, Jaemin, Yangyang, and Shotaro participated in ‘Universe (Let’s Play Ball)‘, which is an R&B dance track with a hip hop base and catchy hook. The layered vocals are a strong point and are just one of reasons why this track is a signature sound of NCT.

What do you think of NCT‘s first title track ‘Universe (Let’s Play Ball)‘? Are you looking forward to hearing the full track ‘Beautiful‘? Let us know your thoughts in comments below.