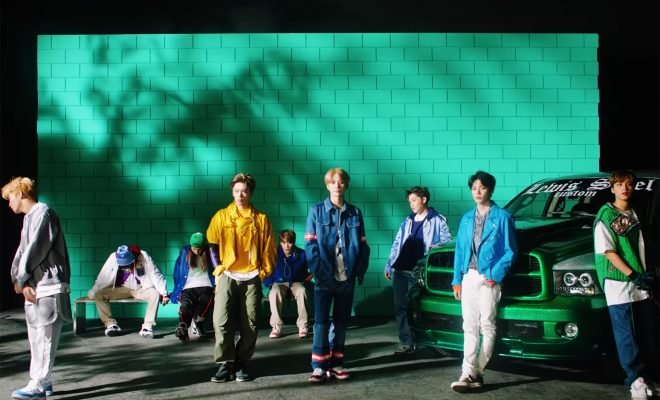 NCT 127 have released the full MV for ‘Wakey Wakey‘ a track from their first full Japanese album ‘Awaken‘ to be released on April 17.

‘Awaken‘ follows on from the release of their Japanese mini-album ‘Chain‘ in 2018. The new album will contain a total of 12 songs and will come in eleven – yes you read it right – 11 editions. Two first press limited editions and 9 regular, CD-only editions – one for each member.

‘Wakey Wakey’ picks up where last year’s ‘Chain‘ left off. ‘Chain‘ was loud and boisterous featuring pulsing synths and ferocious beats and ‘Wakey Wakey‘ continues that theme. It’s a hip-hop track with a frenetic EDM sound.

It’s a song that mixes beautiful vocals with swaggering raps allowing all the members to show off the diversity of their vocal ability.

The accompanying music video is as frenetic (in a good way) as the song itself. It switches between futuristic settings and classical European settings. It uses digital effects and filters to highlight each of the members. The choreography that group performs is as powerful as you would expect from NCT 127.

Tickets are now on sale for the US dates of their upcoming world tour NCT127 World Tour NEO CITY The Origin.

What do you think of ‘Wakey Wakey‘ from NCT127? Let us know your thoughts in the comments below.