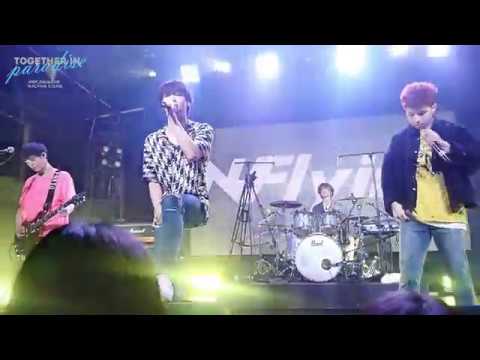 N.Flying ask us to ‘Stand by me’

N.Flying have released the music video for ‘Stand by me‘ which is taken from their first Japanese album ‘Brotherhood‘.

‘Stand by me‘ serves to cement N.Flying‘s growing reputation as one of Asia’s best rock bands. They’re a tight outfit and I’m a huge fan of Hweseung‘s vocals. (If you don’t know what I’m taking about, go take a listen to his collaboration track with FTISLAND‘s Lee Hongki ‘Still Love You‘.)

The song is somewhat of a thank you to fans for staying by their side and expresses the hope that the bond will continue to grow.

The clip relives some of the group’s memorable concert performances and shows them at their best, having fun onstage.

N.Flying ‘Stand by me’

The release of N.Flying‘s Japanese album ‘Brotherhood‘ will be followed by a tour of Japan in June 2019. The tour, 2019 in Japan – Brotherhood – will be made even more special by the addition of FTISLAND‘s bassist Jaejin in their lineup.

The addition of Jaejin to N.Flying‘s lineup comes after Kwangjin left the band in late 2018. You can read about that here.

What do you think of N.Flying’s ‘Stand by me‘? Let us know your thoughts in the comments below.