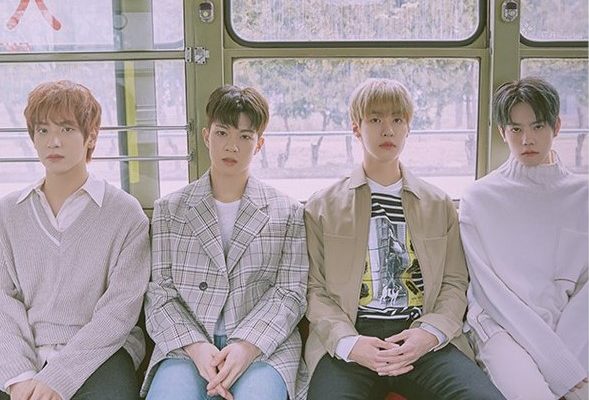 N.Flying is gearing up for their first comeback since the release of their immensely popular track ‘Rooftop‘.

The group will be making their comeback with the third instalment of their ‘Fly High‘ project. The project sees them regularly releasing new music and holding concerts for fans.

This third instalment entitled ‘Spring Memories‘ is scheduled for release on April 24. There have been lots of teasers released to date, and we’ve captured them all in one place for you.

The latest teaser to be released is a cute comic released via social media.

The story was drawn by Gyuzzi Toon and follows the story of a couple. The girl shares her fears that though things were sweet and wonderful between the two, she is scared that things might change between them and they may not love each other anymore.

However, her boyfriend reassures her and says, “Yes, we’ve changed a lot. But everything in the world changes. The sun shines high in the sky and then sets. The moon changes shape every day. But the sun always rises again and the moon fills up again. We’ll be like that too. If there’s something lacking between us, we’ll fix it. If it feels like our hearts have frozen, we’ll melt them. Let’s keep changing, together.”.

The first MV teaser for ‘Spring Memories‘ has been released.

The music video stars Kwak Dong Yeon, who is also part of FNC, as well as the beautiful blooming cherry blossoms.

The images are warm and sun-drenched and allow you the opportunity to admire the charms of your favourite member.

Don’t forget our N.Flying giveaway. One lucky reader will win an all-member signed copy of their Fly High Project #3. Check out our Twitter post for details.

N.Flying’s ‘Fly High Project #3‘ is scheduled for release on April 24 at 6pm KST.

Are you excited for N.Flying‘s comeback? Do you like the sound of the teaser for ‘Spring Memories‘? Let us know your thoughts in the comments below.