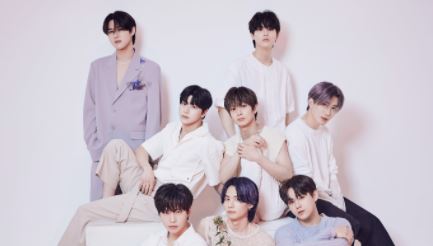 N.CUS will be returning with their second digital single, ‘Unripe Love‘. Check out their latest teasers below!

From the comeback schedule, they will release the concept teasers from July 25th to August 5th. Their tracklist and album preview is scheduled for July 29th and August 7th. The highlight medley will be revealed on August 9th. Finally, the MV teasers will be dropped on August 11th and 13th.

They have revealed their first concept teaser. Each member gets a total of two images. They are seen posing with different types of flowers. We also get a range of different coloured flowers that are used differently for each member’s individual teaser. We see some biting it, we see some posing with them by holding it or have the flower’s petals pasted somewhere on them. It is quite a beautiful concept.

They have also dropped the tracklist. There is a total of three tracks including ‘Get Out‘, its instrumental version and ‘Midnight‘.

Meanwhile, they are set to make their hot return on August 14th. Are you excited? Let us know in the comments below!