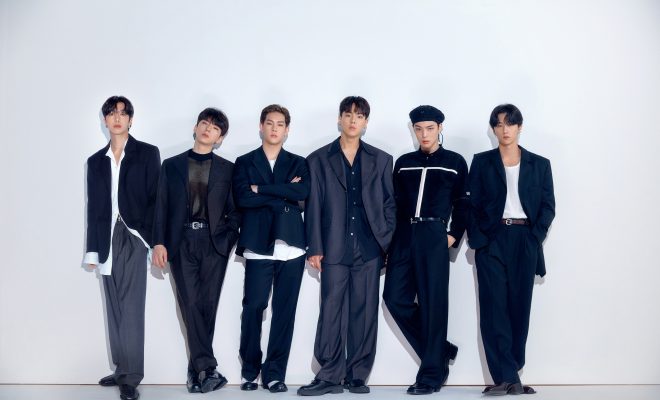 MONSTA X are bringing ‘The Dreaming’ to the big screen

MONSTA X have to be one of the hardest working groups in K-pop, not only are we celebrating the release of their second English language album ‘The Dreaming‘ on December 10, they’re also releasing ‘MONSTA X: The Dreaming‘ the full-length movie which will be in cinemas worldwide on December 9.

The concert film will chronicle the journey of Shownu, Minhyuk, Kihyun, Hyungwon, Joohoney, and I.M over the last few years, with never-before-seen footage, new interviews with each of the members, and special performances of their biggest hits. The group will also perform songs from their new album, ‘The Dreaming‘ which is scheduled for release on December 10.

The beloved members of MONSTA X are well known for their powerful, iconic and superb performances, and as a gift to their countless fans around the world, the members are sharing their rigorous journey over the past six years, as well as a special concert clip exclusively for their loved fandom, MONBEBE.

Presented by Starship Entertainment and Intertwine Music, the movie will be shown in over 60 territories starting December 9, with an early release in Korea from December 8.

While MONBEBE have long felt a kinship to the members through their weekly live streams and social media takeovers, the new film is expected to provide a more personal glimpse into the lives of the now-global superstars, with Starship Entertainment teasing “an intimate look at Monsta X’s rigorous journey over the past six years.”

With interviews in both English and Korean, the guys will also share “personal stories from their time in America”, before hitting the stage for “high-energy musical performances of their chart-topping hits.” It is expected that MONSTA X will also perform songs from their new album, ‘The Dreaming’, for the first time

Are you looking forward to watching the movie ‘MONSTA X: The Dreaming‘? Let us know in the comments below.