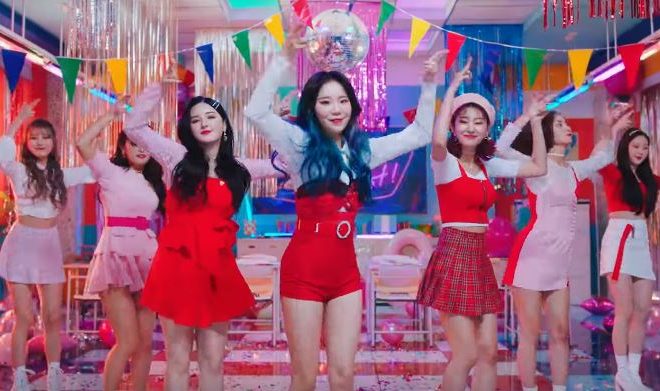 MOMOLAND has finally revealed the Japanese MV for ‘I’m So Hot‘. So, check it out below!

Once again, the kind of fun vibe hits our ears. However, this time it is in Japanese, making it sound that much more jazzy. You can’t help but groove along to it. It has that kind of vibe that goes well with their previous songs. It is catchy with such an upbeat melody. It is also nice how they have added in another Japanese verse which goes well with the flow of this song. It is also nice to see how the song sounds like in Japanese. It sounds just as great in Japanese as Korea.

It also appears that MOMOLAND will be collaborating with Poporo. They have revealed the teaser for ‘Banana ChaCha‘. It has that catchy sound to it and fans can’t wait for its release. It will be released on April 3rd. Are you excited? Let us know in the comments below!