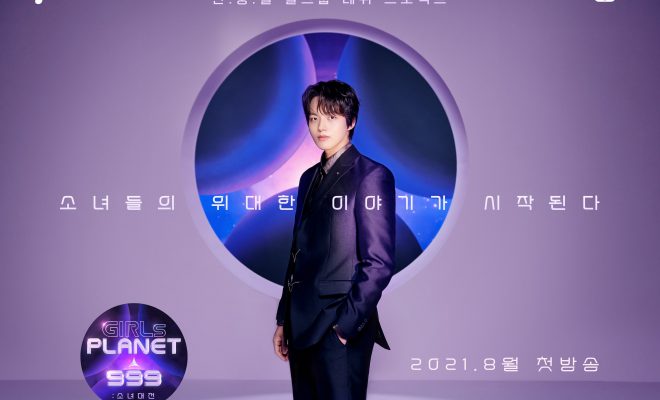 MNET Girls Planet 999 has announced the host of the survival show. Check out whom it will be below!

It is revealed that Yeo Jin Goo will be the host of the show. In the new teaser, he is seen explaining what Girls Planet 999 is about and how it will work. K-POP Master will be the contestant’s mentors and role model while the Professional Masters will be the ones who will be training them. Yeo Jin Goo also has an official role, known as the Planet Master, where he will connect the contestants to their global viewers.

Meanwhile, the show is set to premiere in August. Are you excited for another survival show? Let us know in the comments below!