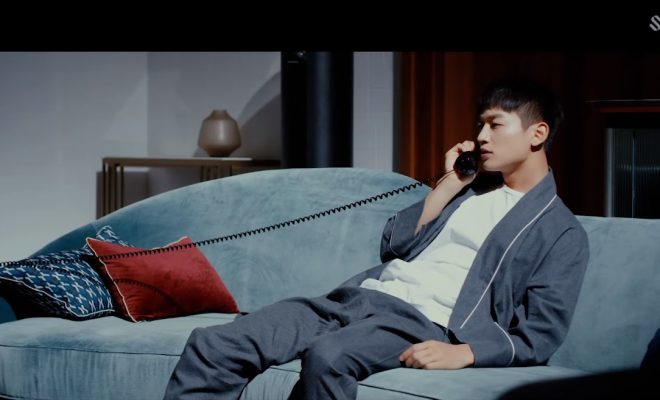 Minho has finally made his solo debut and farewelled fans prior to his enlistment with the release of ‘I’m Home‘ for SM Station 3.

As the final member of SHINee to make his solo debut, we’ve been waiting a long-time for this song, and it doesn’t disappoint!

Minho has always possessed a smooth and alluring vocal most notably as a rapper, but his vocal has developed over the years and we get to hear the result on ‘I’m Home‘, which he also co-wrote.

‘I’m Home‘ is a mid-tempo alt-R&B song which gives Minho plenty of time to woo us with his soothing and calm voice. The song is warm and mellow, and we even get to hear some of his rap. The guitar and percussion elements combine to build on the mellow feel of the song.

We like the laid-back vibe that this song portrays and we think Minho might have found his solo-groove, but we’ll now have to wait a little while to hear more of it!