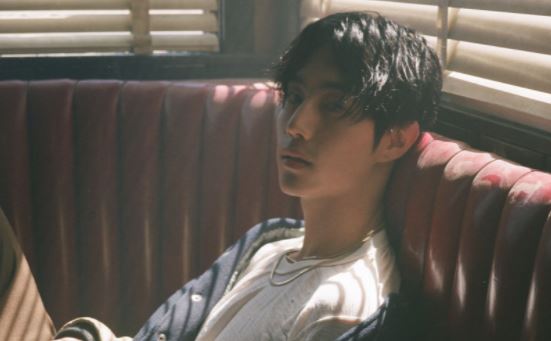 Yes, that is right! Mark is preparing for his upcoming solo return with ‘Last Breath‘. Check out the teasers below!

His first image teaser features him submerged in water while wearing a black and white image. It correlates quite nicely with the name of this album. We can’t wait to see where this goes!

For his next set of teasers, he gives us hints on what to expect from this comeback. The first image features him chilling on a couch while looking quite casual. He looks amazing in this image, especially with the way he stares at the camera. The second image features him at a petrol station at night. The final image teaser features him sitting in the bathtub, looking all wet. His facial expression falls under the angry side. We are excited to see the connection between the different images.

He has also revealed the MV teaser. This teaser begins off with him washing his face before he sees a ghost-like figure of himself in the mirror. This caused him to hit the mirror. The concept is definitely quite different from his previous release. We are excited to see what kind of song he will release.

Meanwhile, he will make his hot return on November 12th. Are you ready? Let us know in the comments below!