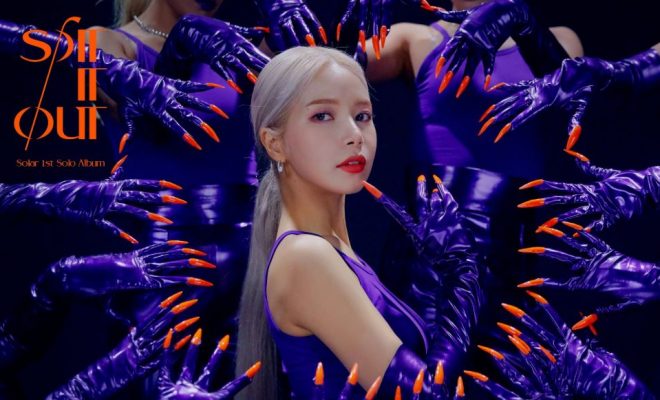 MAMAMOO‘s Solar has dropped her album cover, as well as the intro teaser. So, check it out below!

In the image teaser, we have her wearing an orange shirt while looking quite quirky for the camera. She looks amazing with this overall concept. She knows how to draw us in.

Solar has also revealed her first concept teaser. She looks quite fierce with the vibrant orange nails surrounding her. With the purple matched to it, it sort of reminds us of a powerful dragon. Nevertheless, this kind of concept really goes well with this strong vibe.

In the first video teaser, we see her dancing in the outfit she is wearing in her first concept teaser. It is quite mesmerising to watch as she moves it to the beat. The way she stares at the camera surely draws us in as she gives us such a strong and clean moves.

Meanwhile, she will drop ‘Spit It Out‘ on April 23rd. What do you think of the concept? Let us know int he comments below.

Tracey Luu
← Previous Story Chungha is coming soon!
Next Story → IMFACT has us excited with the ‘Lie’ comeback schedule