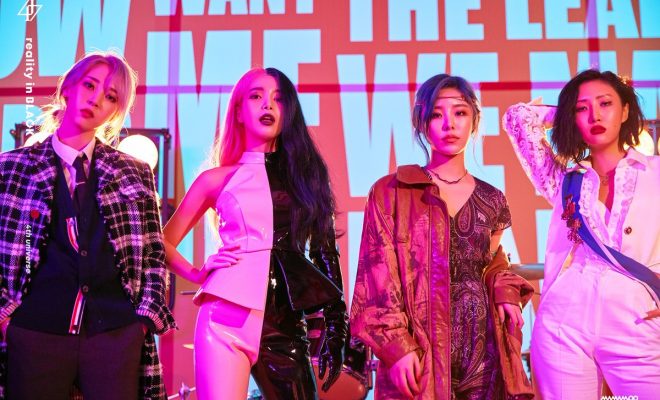 MAMAMOO definitely is going all out for their upcoming return. They have shown different sides to them and now they have released more teasers including the tracklist. So, check it all out below!

They have revealed their first group teaser in which has them dressed mostly in black. The image is taken in what appears to be a studio. It is well-lit to give it that smooth vibes. One can’t wait to see what else they will be showing.

In their next solo concept teaser, they are shining in vibrant colours as they all dress in outfits. They know how to have the fans all mesmerised over their great looks. Even though some of them look roughed up, they look incredible with their fierce stares.

Going on from their concept image teasers, we get to see their solo preview in which has them dressed up in the same outfits. The track is quite just as fierce as they have shown us before they give us a snippet of the song. It has this sweet and fun vibe to it!

Meanwhile, the group will make their hot return on November 14th. What do you think of the concepts so far? Let us know in the comments below!